Athletic Sales Trend Up in Down Market 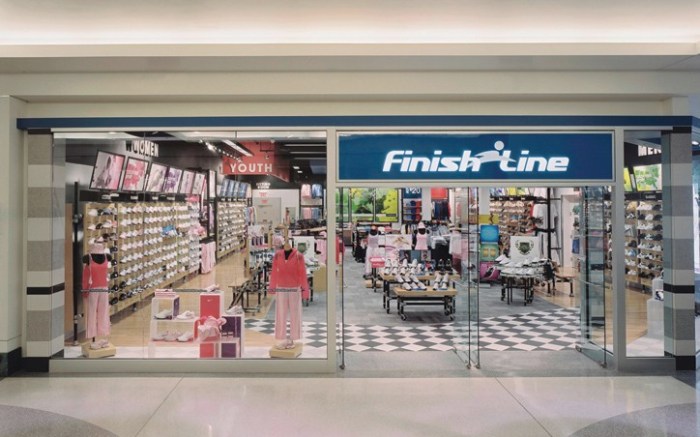 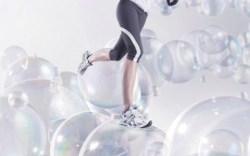 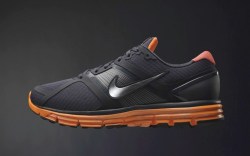 NEW YORK — It’s a good time to play in the athletic game.

After several down seasons, the market is showing some life, in spite of the broader economic decline affecting much of the footwear business. And the real heat this spring is centered around the basketball and running categories.

“We knew athletic was going to come back,” said Sam Poser, an analyst at Sterne Agee. “Six or eight months ago, we bottomed, so you would see much higher numbers coming out now if the economy [was in better shape].”

But make no mistake: The global crisis is impacting athletic players, too. Nike in the midst of a restructuring, while almost every company is cutting costs, watching inventories closely, and, in some cases, reducing staff. According to analysts, wholesalers in the category are facing more challenges than retailers — vendors haven’t been as diligent about trimming expenses, coupled with the fact that overseas results have been anemic for some and athletic apparel has been weak across-the-board.

But the recession actually seems to be having a positive impact on footwear sales — sales are up in the high single digits so far this year, according to research from SportsOneSource.

Top players report that the category is benefiting from renewed consumer interest in healthy lifestyles and the relative affordability of premium athletic shoes. Also driving the business is the return of some athletic styles to fashion prominence.

“It’s all about the relevance of product, and there are a lot of great, exciting [shoes] out there,” said Finish Line Inc. EVP and chief merchandising officer Sam Sato. “We’ve seen our ups and downs, but athletic footwear has always done well [in tough times], and I don’t have reason to believe otherwise.”

One of the most active segments of the market has been basketball, an area many had all but declared dead.

“Basketball is happening because it hasn’t been happening for a long time,” Poser said.

Year-to-date, sales in the category are up in the high teens, according to SportsOneSource, and the mall-based athletic players are looking to capitalize.

“We continue to see strong evidence that the fashion trend continues to favor technical basketball footwear, [which] clearly provides Nike with an edge and opportunity to continue to build market share,” Matt Serra, chairman, president and CEO of Foot Locker Inc. told Footwear News. “We are hopeful that this trend will also benefit Foot Locker.”

According to Serra, strong sell-throughs on higher-priced marquee styles are driving business, with Jordan leading the way.

And it’s the same story at Finish Line, where Sato said fashion looks were ringing up sales. “While we sell a lot of performance shoes, [they aren’t] necessarily for that [purpose],” he said.

Nike Brand President Charlie Denson predicted continued strength in basketball on the Beaverton, Ore.-based company’s third-quarter earnings call. “There is a lot of energy in this category right now, and it’s hard to believe that just two years ago, people were saying the business had peaked,” he said.

Hailing an improved retail experience (including the company’s cobranded House of Hoops venture with Foot Locker), Denson predicted “double-digit futures growth” in both Nike basketball and the Jordan brand.

While Adidas, the official partner of the NBA, has struggled to take share in basketball, CEO Herbert Hainer said on his company’s most recent earnings call that the category had seen double-digit sales increases in 2008. (Adidas declined to comment for this story.)

But not everyone is optimistic. As the Jordan brand continues to dominate (estimates put Jordan sales at 77 percent of the total basketball market, with Nike taking another 17 percent), SportsOneSource analyst Matt Powell warned that the basketball renaissance is really a one-horse race — and that doesn’t bode well for the future of the category.

“Jordan sales are up more than a third, and everyone else is down,” he said. “Jordan is insanely good, and the Nike marquee business is good, but the rest of basketball? Not so good.”

The success of the category, he added, is “isolated to shoes that have an athlete’s name on them.

“I’m worried about basketball from the perspective that the concept, the silhouette, is really going backward,” Powell said. “All these people talking about basketball being back is wishful thinking.”

The running category also has been a highlight, with sales up 8 percent, according to SportsScanInfo. Vendors and retailers said there are two trends at work: For big-box athletic stores, the trendiness of running silhouettes has boosted business, and for smaller chains, consumer interest in running has kept sales strong.

Serra called out Asics and Under Armour as performing well at Foot Locker, and Sato included both brands, as well as Puma and Nike, as top sellers in the running category at Finish Line.

For Puma, North America President Jay Piccola said running was the brand’s biggest category, and that he planned to focus attention and marketing efforts on it. “In times like these, you rely on your strength,” he said. Puma launched a running initiative called Lift last month, which Piccola said had been getting positive early results at the brand’s retail partners and its 100-plus Puma doors in the U.S. “Retailing is tough, but that shot a little life into the retail operation,” he said.

And running has continued to be a hotbed of innovation. Last week, at the Boston Marathon, Nike debuted its Nike LunarGlide running model, a $100 shoe the company said transcends the normal cushioning-versus-stability divide in running shoes.

Other brands are making a splash with launches, too. Asics and Saucony, which have been working to reposition themselves as authentic, dedicated running brands, said they will introduce new products to boost market share.

Asics has grown its position in running to No. 2 (behind Nike) and the brand has continued to see positive comps in the first quarter.

In June, Asics plans to unveil a new shoe at the $85 price point. A structured, neutral cushioning style, the Gel Pulse fills a hole in the line and meets customer demand, said Jim Monahan, VP of footwear. “People are looking for more value,” he said. “Before, $100 and above was the driving point, but that’s coming down.”

Asics also said it would push forward with new ads (including the latest evolution of its “Sound Mind, Sound Body” campaign, which hit last month and is the brand’s highest-profile initiative in the U.S. to date). “We’re spending more on our marketing message and on our product development, and we’ll be positioned even better coming out of this,” Monahan said.

Richie Woodworth, brand president at Lexington, Mass.-based Saucony, noted that the brand saw double-digit growth in 2008, and said segmenting the line and including more lower-priced shoes was key. “We will have some changes in the line, after adding styles in the last year in price points that we might not have had in the past,” he said.

Boston-based New Balance has seen its market share slip, but CEO Rob DeMartini told FN the brand was moving aggressively to work with its retail partners on in-store programs and targeted marketing. “We’re trying to modestly step away from the brand building we did last year and move our marketing investment closer to point-of-sale,” DeMartini said. “We feel a responsibility to our retail partners to generate revenue immediately.”

The programs are helping drive sales, according to Tom Raynor, chairman and CEO of the Fleet Feet chain. Raynor said New Balance’s No Boundaries program, which converts walkers to runners, “has brought in new people to our stores, even in markets where we’ve been in business 15, 20 years.” The focus also dovetails with Raynor’s plan for Fleet Feet. With revenues up 14 percent this year, the company hopes to hit $98 million in sales — and new customers will help him get there.

But beyond basketball and running, athletic silhouettes seem to have fashion currency.

Vulcanized is a key driver at Foot Locker, Serra said, with particular strength in the Converse business.

That strength at retail translated directly for Converse: On the Nike call, CEO Mark Parker singled out the brand as leading the company’s portfolio. “For the quarter, Converse led the way, growing 33 percent, including strong momentum in our One Star product,” he said.

High-tops have been a big seller for retailers, as well. “We really started to see some indications of that trend last year, and going into spring, we’ve moved our inventory investment [there],” Finish Line’s Sato said.

For Puma, its traditionally strong lifestyle category will be the major focus outside of running, Piccola said.

He added that he is optimistic about spring business, but would be cautious with merchandise going forward. “I’ve never been more conscious of inventory,” he said. “Now is not the time to press the gas and take inventory risks.”