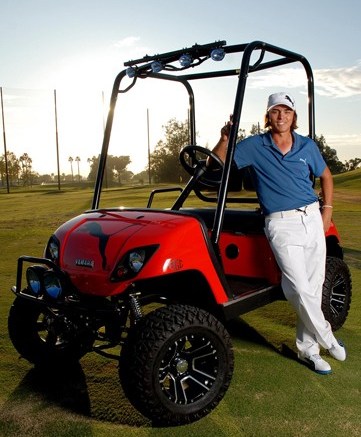 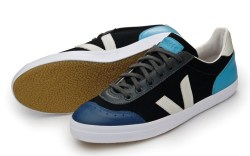 Fresh Faces
Puma is adding another member to its professional ranks: professional golfer Rickie Fowler. The Herzogenaurach, Germany-based brand will be the official supplier of the 20-year-old’s golf footwear and apparel and has named Fowler as the face for its spring ’10 campaign. During tournaments, Fowler will sport footwear featuring the newest Smart Quill technology — spikes positioned at different angles for improved grip.

Bike Style
Cyclope, the first cycle shop in Paris to specialize in fixed-gear bikes, has collaborated with sneaker company Veja on a new style that incorporates green features such as organic cotton canvas and vegetable-tanned leather yokes. The sneaks, which are adapted for high-performance, fixed-gear cycling, come in two colors, both retailing for 95 euros. The limited-edition shoes are set to retail at Offspring Neal Street in London; Cyclope in Paris; and Alice Gallery in Brussels, Belgium, starting in January 2010.

Elsewhere, Chrome Bags, a leading brand in bicycle-friendly gear, is debuting a footwear collection to be called the Red Sole Line. The shoes feature a gusseted tongue, reflective heel strip, urethane crash pad under the heel for added protection and glass-filled nylon shank in the midsole for stiffness. The four styles — Saipan, Arnhem, Midway and Kursk — range from $70 to $90 and are available at select boutiques and at Chromebags.com.