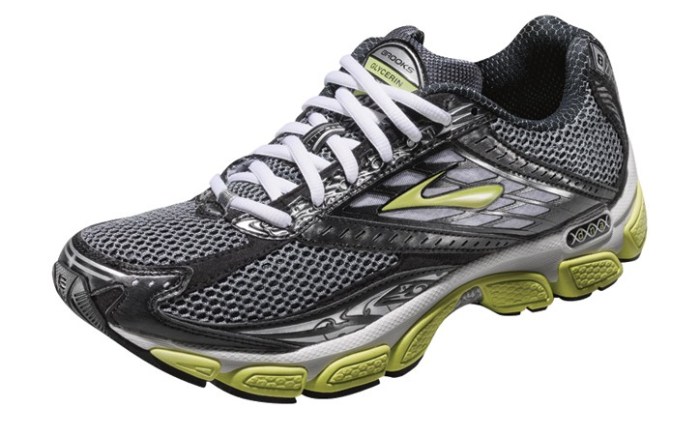 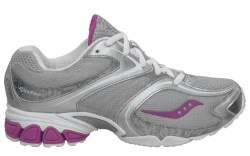 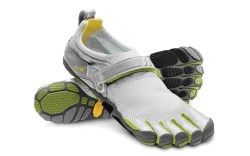 Physics for Runners
Bothell, Wash.-based Brooks is adding a little science to one of its best-selling models this spring. The brand has updated its Glycerin neutral running model with its new proprietary cushioning, DNA, in the rearfoot and forefoot. DNA, a midsole cushioning composed of a non-Newtonian material that reacts to the force being applied to it by the runner by adding a necessary amount of support, allows runners of various sizes, weights and gaits to have cushioning where they need it. In addition to DNA, the Glycerin 8 features Brooks’ BioMoGo EVA foam for added cushioning and moisture-managing meshes on the upper and in the lining. Available in two colorways for men (at right) and two for women, the Glycerin 8 will deliver to running accounts in January and retail for $130.

Women of Virtue
Saucony may have made its name in running, but the Lexington, Mass.-based brand (a division of Topeka, Kan.-based Collective Brands Inc.) is getting women into the gym with its new women’s-specific cross-training shoe, the Grid Virtue (at left). The $75 style adds more lateral support than Saucony’s traditional running silhouettes for the side-to-side motions of training. The lightweight 9.7-oz. model has a forefoot groove to accommodate spin-class bike pedals, and also features a bunion screen on the toebox to relieve pressure in an area where women traditionally need flexibility. The Grid Virtue will be available at sporting goods and family accounts.

Fast Track
This spring, Concord, Mass.-based Vibram is expanding its Five Fingers collection with the addition of a dedicated running style. The Bikilia (named in honor of the Ethiopian marathon champion who won the 1960 Olympic gold medal in the sport while running barefoot) represents an entirely new platform for the glove-style line. It has a 3-millimeter polyurethane insole and an athletically styled padded collar. The shoe is designed to protect the wearer’s feet from the ground while encouraging a barefoot-like gait — a 4-millimeter outsole allows for improved ground feel while protecting the foot. Tear-resistant TPU toe caps protect each toe, and 3M reflective surfaces on the upper give the Bikilia added visibility. Delivering this February to running shops and independent accounts, the $100, machine-washable style is available in three colorways for men (at left) and two for women.