At Home With the Pliners 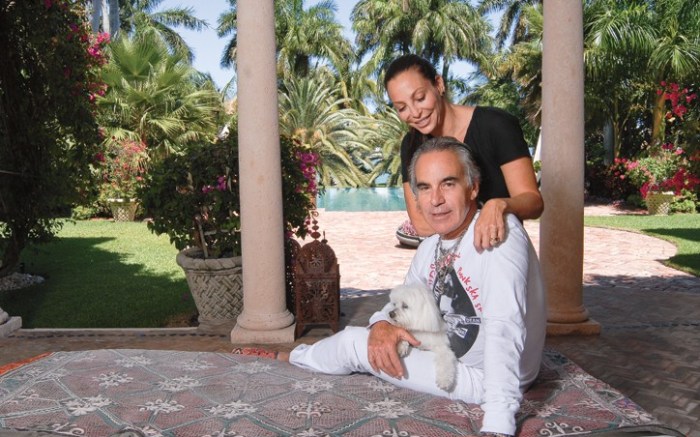 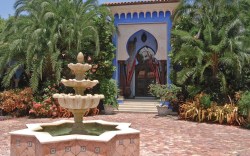 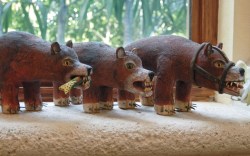 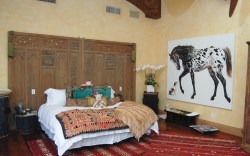 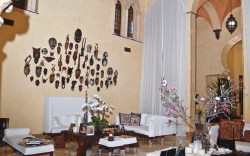 Donald Pliner has never been known for his subtlety.

The designer moved to the man-made island across the key from Miami Beach five years ago, where his neighbors are some of the city’s biggest stars, including Sean “Diddy” Combs, Gloria Estefan and Rosie O’Donnell.

As a result, Pliner and his wife, budding shoe designer Lisa Pliner, have gotten a crash course in celebrity life. Every day, tour boats troll by the island while the guides offer tidbits about the residents and their homes. But they don’t always get the facts right. “According to the boats, I bought this house from Sylvester Stallone six months ago,” Pliner said.

But the designer insists that his house — dubbed Villa Stella as a tribute to the couple’s adopted 5-year-old daughter, Starr (“stella” means “star” in Italian) — is not quite as extravagant as the neighboring homes. In 2004, Pliner shelled out a little less than $12 million for the property, which includes a private dock, gated drive, outdoor bar and saltwater swimming pool. “This is the smallest house on the island,” he said, noting that he thinks he could re-sell it now for double his paying price, even in a recession. “This is my savior during the whole economic crisis.”

Like Pliner, who is known for his eclectic look, complete with pink highlights in his hair and rows of necklaces, the home makes a statement. It was originally painted a more subdued yellow, but the Pliners opted to go with a cobalt blue during renovations. “I call it the Smurf Moroccan house,” said Lisa Pliner said. “But I love it. I can’t imagine it any other color.”

Inside, masks from Africa and Mexico decorate the walls in the living room, which boasts 30-foot painted ceilings, and the patio is adorned with dozens of bronze lanterns. Several of the designer’s famed handcrafted wooden pigs sit atop appliances in the kitchen, and carvings of black bears, intricately beaded dolls and tribal drums are placed on windowsills and in hallways.

While the house is an ode to his travels around the world, Pliner also has built an impressive library of shoes designed throughout his career. Lined up on floor-to-ceiling shelves in a spare walk-in closet, the collection dates back to the early 1980s and includes the cowboy boots Pliner wore when he married Lisa in 1997. “Some of these go back to before I started [my line],” he said. “I still go through the boxes each time I start a new season.”

Here, the Pliners take Footwear News on a guided tour of Villa Stella.