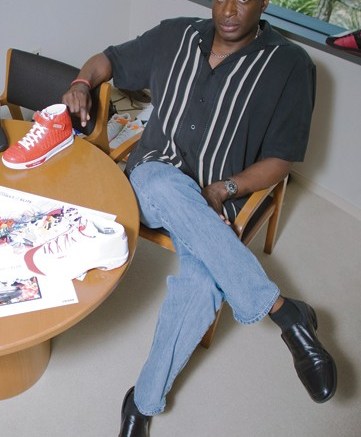 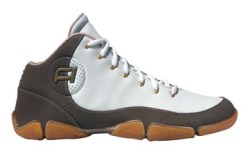 LOS ANGELES — And 1 is going back to its roots.

The Aliso Viejo, Calif.-based brand, a division of American Sporting Goods, is bowing a new branding campaign, overhauling its product mix and shelving its Mixtape Tour as part of a company makeover.

Rob Purvy, executive director of basketball and lifestyle, said the new strategy is designed to reinforce the brand as a basketball company, both on court and off. “We’re rebranding to let people know we are the basketball company,” he said. “Our mission is to reconnect the brand to the rabid And 1 fan that is out there, and there are a lot of them.”

The rebranding campaign started small in February with the launch of the “Street 2 Elite” ad campaign, depicting the evolution of basketball players from street courts to the NBA. Ads starring Portland Trail Blazer Steve Blake hit newsstands this month in the pages of Slam, Diamond and Bounce magazines. For back-to-school, the campaign will feature Monta Ellis of the Golden State Warriors.

However, the full thrust of the rebranding will kick in during the fourth quarter of this year, with the 10th anniversary relaunch of And 1’s iconic Tai Chi shoe. That launch will be followed by two more styles, the Tai Chi Tribute and the Tai Chi TGR, in 2010.

“There are three parts to this — it’s a trilogy designed around the best performance shoe in the brand’s history,” said Rod Keller, director of brand and sports marketing. “Along with this will be a nine-month integrated marketing campaign that includes both print and digital.”

This time around, the Tai Chi will be priced at $70, $5 less than the original. “That speaks to our understanding of the reality out there [in the economy],” said Purvy.

Isack Fadlon, co-owner of retail boutique Sportie LA, said that while he doesn’t carry the And 1 brand, the reissue of the Tai Chi may change that. “I’ll definitely take a look at that,” he said. “When it first came out, it was a monster. We did so well with it. It was a powerful shoe. It’s smart that they’re bringing it back.”

While the company’s Mixtape Tour had proven to be a major attraction around the world, Purvy said the firm wanted to step back and refocus its event initiatives around charitable organizations.

“The Mixtape Tour is part of the brand’s history but it’s not all it is,” said Purvy, noting that no Mixtape events are scheduled domestically this year. “We wanted to do something more, and show more of what this brand is.”

Looking to 2010, Purvy said his goal is to double the label’s distribution in athletic specialty accounts, sporting goods chains and family shoe chains such as JCPenney and Kohl’s. “We’re aggressive and we know who we need to get to,” he said. “The excitement and buzz is resonating … and basketball is trending back up in a big way.”

But Shiekh Shoes owner Shiekh Ellahi said the category is still driven by individual items. “Basketball has been dead for almost three years,” he said. “Some [shoes] are selling well, but it’s more because of the look of the shoe and not really about basketball.”