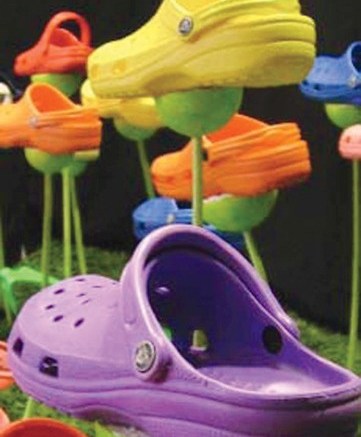 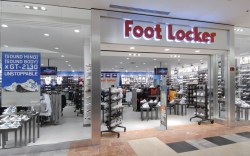 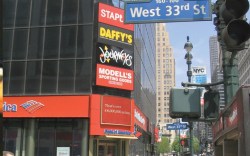 NEW YORK — The weather may be getting warm, but the retail industry is still bracing for a cold shoulder from consumers this spring. Shoppers continue to encounter economic headwinds that have curtailed spending across the board, and footwear wholesalers and retailers are either adjusting accordingly or sacrificing sales.

Those in the business of stock picking are wary of pinpointing the market’s bottom, but some have begun to eye potential upsides, including renewed strength in the premium athletic sector, a continuation of value-priced fast fashion and must-have items, including the Ugg boot.

Many footwear companies have adjusted nimbly to the economic malaise with reduced inventory and cost-cutting.

“Most brands and retailers that cater to the footwear space are in better shape than last year, in terms of controlling cost, managing inventories and finding overall growth,” said Susquehanna Financial Group analyst Christopher Svezia. “So far, footwear has done well during the first quarter. It seems to be one of the stronger-selling categories at retail.”

Footwear News surveyed several analysts that cover large- and small-cap footwear companies to find out some stocks on their watch lists as we move further into 2009.

Thanks to strength in performance athletics, sneaker retailers Foot Locker and Finish Line are cashing in.

“There’s this sense of savings fatigue, and a $100 shoe isn’t going to cause people to pause,” said Thomas Shaw, an equity analyst at Stifel Nicolaus. Not only do Foot Locker and Finish Line carry the right merchandise, he continued, but both have tightened their inventories, streamlined costs and are in a position to renegotiate mall leases for their benefit.

While there are many similarities between the two retailers, Foot Locker may be better positioned to gain from the uptick in basketball. But Finish Line is trading at a significant discount to Foot Locker; at press time last Thursday, Finish Line shares closed at just $7.83, compared with Foot Locker’s $11.49.

Market watchers agree that either retail stock is preferable to wholesale names, even in the athletic market. “The retailers are the real winners because they can control what’s going on in their stores,” explained Sam Poser, an analyst with Sterne Agee. “And they don’t have to worry about the drag from apparel that companies such as Nike are seeing.”

But, he added, “cycles in footwear, especially on the athletic side, tend to be multiyear. I still think we’re in the second year of this trend, and it will endure throughout the rest of 2009.”

Although the premium athletic sector is getting a lot of attention in the footwear industry, many analysts remain bullish about Deckers Outdoor, largely as a result of the continued strength of Ugg, which saw a 67 percent sales rise in the first quarter. (For more on Deckers’ first quarter earnings, see page 2.)

“No brand out there is performing better than Ugg right now,” said Jeff Mintz, an analyst at Wedbush Morgan Securities. “Deckers continues to do a great job innovating with that brand, and I expect it to continue.”

Although Mintz expressed concern regarding high Ugg inventory levels, he still believes shares are extremely cheap. “The company has consistently guided low and beaten estimates over at least the past 11 quarters, and we expect them to do so this year,” he said.

While footwear manufacturers faced strong headwinds in 2008, Steve Madden still clocked in a pretty good year. And judging by last week’s hike in earnings guidance, 2009 is looking good too. The company expects net sales for the first quarter to be between $106 million and $107 million, with EPS in the range of 35 cents to 37 cents, while the full-year diluted EPS was revised to $1.85 to $1.95 from previous guidance of $1.40 to $1.55.

Scott Krasik, an analyst at CL King & Associates, said that although this year’s results will likely be below last year’s, Steven Madden is still faring better than its peers in juniors’ footwear, in part thanks to its ability to deliver new product closer to season.

“That’s one of Steven Madden’s core competencies,” said Krasik. “It’s been doing it since its inception.”

The company also is highly diversified, with licenses in multiple channels, ranging from the value-priced L.E.I. for Wal-Mart to the higher-end Elizabeth & James label. Early feedback on flat sandals and wedges has been positive in the core Steve Madden brand, added Krasik.

Thanks to strength in the skate market and an attractive company valuation, Genesco could be poised for success, said David Turner, senior research analyst at Avondale Partners.

“There’s been a decent amount of rationalization in the skate space, with Pacific Sunwear exiting footwear. That created about $150 million in market share,” said Turner.

Another advantage for the company is that its Journeys and Hat World businesses (which together make up 75 percent of the company’s portfolio) cater to the somewhat economically isolated teen consumer.

Tight inventory management and conservative growth also are expected to lift the firm this year.

“Genesco can withstand the turmoil and come out of it with a leaner cost structure,” he said. However, the company also is carrying the weight of less-successful brands, including its urban retail chain, Underground Station, and the upscale Johnston & Murphy, which has been “disproportionately hit by the economy and the slowdown in business customers,” said R.J. Hottovy, an equity analyst with Morningstar. “There’s still some upside on Genesco, but I wouldn’t be actively buying on that one.”

Analysts remain in a wait-and-see mode on Skechers after the firm’s tough fourth quarter.

Inventory has been at the heart of Skechers’ troubles, as levels increased by 28 percent by the end of the quarter, and the company expects the situation to remain an issue in the first six months of 2009.

Still, a company the size of Skechers, with plenty of cash on hand ($2.46 a share at the end of the fourth quarter), could stage a comeback. Avondale’s Turner believes the firm is resilient, despite a poor showing in recent months.

“It’s been through these cycles before, and it will recover,” he said, noting that “previous cycles of weak demand and execution have historically been followed by a period of out-performance.”

Turner has an $8, 12-month target price on the stock. “While the breadth and speed of the company’s product line should limit the length of any downturn,” he said, “weak secular trends and emerging cost and expense concerns remain potential drags, limiting any sense of urgency.”

In a year when most manufacturers are playing it safe, Under Armour took the plunge into running shoes in 2009, debuting six models for men and women at the end of January.

Retail reception has been positive thus far, but not all investors are as eager to embrace the company. “Under Armour is really a tough call right now,” said Stifel Nicholas’ Shaw. “There are a lot of people trying to get a grasp on the size and performance of their running shoes. The company needs to prove itself over the next couple of quarters.”

Svezia also called the running category “a harder egg to crack than training” and noted that Under Armour’s account responses have been “mixed, with some indicating that the trainer is more salable given the brand’s emphasis on training.” In addition, runners have strong allegiances to brands — Nike dominates the running market with 65 percent of its sales, which Svezia said illustrates the “competitive dynamics in the $5 billion running category.”

Under Armour may be heeding that point, as the company has yet to outline details for its rumored basketball rollout.

After exploding onto the scene with public offerings in 2006, Crocs and Heelys have fast become the hot-potato stocks of the footwear industry.

Crocs reported a full-year net loss of $183.6 million, compared with a profit of $168.2 million in 2007 and was questioned about its ongoing viability by auditors in March. Mitch Kummetz, an analyst at Robert W. Baird & Co., said he suspects the company’s sales will decline by around 30 percent for the full year, and EPS could drop by 85 cents.

“Beyond full-year 2009, we believe Crocs will need to continue to focus on the cost structure of its business to eventually achieve profitability again,” he wrote in a research note.

“A company such as Heelys, with an under-$50 million market cap and no debt, makes a likely acquisition target,” said CL King’s Krasik, adding that turning down acquisition advances from Skechers last year was likely a mistake. “When Crocs and Heelys went public, we were in a consumer bubble and people were paying ridiculous multiples for niche businesses. You have to question whether these businesses still lend themselves to being standalone companies.”

Although the athletic market is on the upswing, K-Swiss can’t seem to get in on the action. The company’s profits dropped by nearly 50 percent last year, to $20.9 million, and executives are already bracing for a 2009 sales loss of 30 to 60 cents a share.

Analysts point to an absence of any hit product beyond the K-Swiss Classic, which, despite its popularity, remains relatively underdistributed in the athletic market.

On the upside, said Sterne Agee’s Poser, “the company is sitting on enough cash — [around $207 million, or $5.95 a share, at the end of the fourth quarter] — to get it through the next 10 years.” K-Swiss Chairman, President and CEO Steven Nichols has weathered difficult times during his nearly 25-year tenure at the company, but the stock was trading at just $9.49 on Thursday, down from nearly $36 in late 2007.

Timberland is still struggling, even after the firm made major restructuring changes, including licensing its apparel and closing many of its stores.

The company posted double-digit drops in fourth-quarter profits and sales, as global footwear revenues dipped 8 percent. In addition, said Svezia of Susquehanna Financial, “the urban consumer moved away from the boot business,” he said.

Timberland has yet to give guidance for this year, but Citigroup analyst Kate McShane said she believes there is little upside for the firm in 2009, even though management is reducing inventory and spending on retail. She wrote in a research note, “There is more downside risk for the year ahead, from continued top-line pressure, a high level of marketing spend and fixed cost deleveraging on weaker sales.”