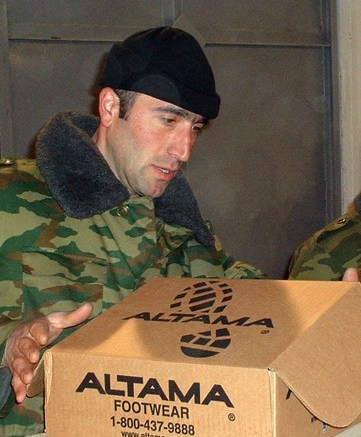 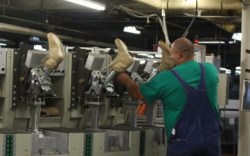 Military footwear producer Altama Delta Corp. is celebrating its 40th anniversary this year as a footwear supplier to the U.S. Department of Defense.

Founded by Wellco Enterprises in 1969, the Atlanta-based company has changed ownership several times. Today, it is in the hands of Tactical Holdings Inc., owned by private equity firm Golden Gate Capital. Over the years, through wars in Vietnam to Iraq, Altama has retooled its product offering to meet the needs of military personnel in the jungle and desert and remained focused on providing footwear for the U.S. military, with more than half its revenues coming from contract work with the defense department.

Supplementing DOD work, Altama developed a line of high-performance combat boots in 1991 for the civilian market that incorporated technical elements found in its military offering. Sold through mainstream channels of distribution, the commercial product is marketed for the general public.

Altama also has established a strong foothold with both the military and mainstream sectors in 70 other countries. Currently, 15 percent of sales are done overseas, according to McAllister. And while all footwear sold to the U.S. military is required to be produced domestically, he said many foreign governments have also requested U.S.-made product.

While the military has been the mainstay of its business, Altama also offers product for the tactical and law enforcement markets that is distributed to federal, state and local agencies, as well as police and special forces.

This fall, Altama will take its first step outside the military footwear market with Panamoc, a collection of everyday casuals targeting military personnel. The single style, a gored slip-on for both men and women, features a cushioned footbed and water-resistant leather uppers. It will be available through both military retail outlets and mainstream stores. The collection, McAllister said, will lay the groundwork for expanded lifestyle product.