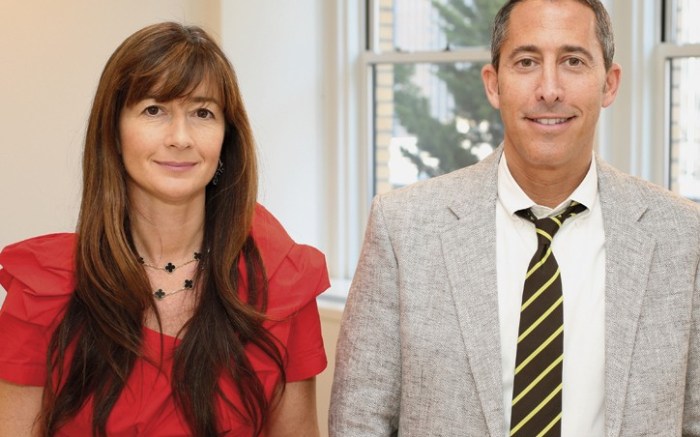 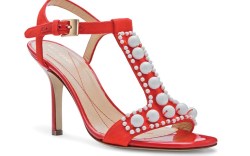 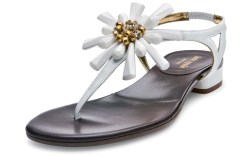 Even iconic brands need a push from time to time.

Though Kate Spade found success with its collection of preppy flats and party shoes, the New York-based accessories brand has been positioning itself for a bigger presence in the footwear world.

Since its $124 million acquisition by Liz Claiborne Inc. in 2006, Kate Spade has broadened its footwear mix and upped heel heights to expand the brand’s global reach and freshen its classic silhouettes.

Deborah Lloyd, a Burberry and Banana Republic veteran, joined Kate Spade in October 2007 as co-president and design director. Immediately, she began looking at ways she and co-president Craig Leavitt and the brand’s longtime footwear licensee, Schwartz & Benjamin, could tweak the line. “The brand needed a new eye to come in and refresh it,” Lloyd said. “Before, Kate Spade [footwear] was a niche of mostly flats and mid-heel heights. Now we are looking at the whole world of the Kate Spade woman and offering a more comprehensive line of shoes.”

To that end, the brand is delving deeper into each of the categories of day, casual, day-to-evening, resort sandals and boots. SKU counts have increased across the board. The 2009 spring and resort collections, for instance, have a combined 80 styles — twice that of last year — while the pre-fall ’09 collection has been upped to 33.

Meanwhile, heel heights have been bumped up to as much as 4 inches to attract a wider range of customers. And last fall’s platform shoes did extremely well, Lloyd said. “We still have cute little flats, but with extra attention to detail, such as shoe jewelry or a bow,” she said.

There also is a new emphasis on boots — but every style gives a nod to Kate Spade’s quirky design roots. A classic rubber rain boot, for example, is now adorned with a small heel and a rubber bow detail.

The footwear collection, said Leavitt, who also is Kate Spade’s COO, is a way to boost the company’s visibility and introduce new consumers to the brand. “Kate Spade is such an optimistic and happy brand, and footwear is something that can really show that off. People are willing to step out and wear that wit and whimsy and color in a shoe, while they might not do so in a total outfit. In that way, we are able to use shoes to showcase what makes us successful.”

The expansion of the line is consistent with Kate Spade’s desire to push footwear into the forefront of the business. Leavitt said footwear accounts for 10 percent to 12 percent of the brand’s total sales. Kate Spade shoes are sold in more than 400 stores globally, including department stores such as Bergdorf Goodman, Neiman Marcus and Nordstrom, e-tailers like Zappos.com and Shopbop.com, a host of high-end independents and Kate Spade’s own boutiques.

Increasing global distribution for the footwear collection remains a top focus. China, Japan and Korea, in particular, are key markets for the brand, Leavitt said. Today, Kate Spade’s international business accounts for 25 percent to 35 percent of revenue, and it’s expected to grow to 40 percent in the next couple of years as the brand moves into South America, Europe and the Middle East. “We are not far along in terms of turning over a new chapter of the Kate Spade brand, but we have a significant growth opportunity,” said Leavitt, who hopes to double the brand’s $130 million in sales by 2012. “Through 2009, we [expect to] see continued growth, largely because we have a diverse growth strategy to make Kate Spade a true lifestyle brand.”

The company, which plans to add legwear and fragrance, is also upping its own retail presence. Kate Spade opened 23 boutiques in 2008, bringing the total of U.S. doors to 46. By 2012, it hopes to have a total of 75 stores in the U.S. and another 25 doors abroad.

Though the shaky economic climate has left Kate Spade struggling in recent quarters, Leavitt said footwear has trended slightly better than the brand’s overall business, which was down about 15 percent in the fourth quarter.

Beyond the economy, however, Brooke Jaffe Scott, Bloomingdale’s footwear fashion director, said the retailer’s longtime and significant relationship with Kate Spade has been strengthened now that the brand’s shoes have a broader appeal.

“Kate Spade happens to do very well with party shoes — that [category] is the signature of the collection,” Scott said. “But trends have changed, and evening and dress shoes are not as important to our customers, who are looking for a more casual selection. Kate Spade has been very smart with balancing its dress business with casuals such as wedges and flats in less dressy materials, such as natural leather instead of patent leather.”

Scott added that brands with strong identities, like Kate Spade, are good bets with consumers in tough economic times, since established brands inspire confidence and add value to purchases.

Leavitt, meanwhile, argues that the $195-to-$550 price range at retail puts the brand’s Italian-made footwear at a “sweet spot” for customers looking to update a classic dress or suit from season to season. “In this challenging economic environment, we are able to achieve a bigger piece of a smaller pie,” he said. “Our brand’s color and feel-good nature occupy a white space in the market. That is something the customer can embrace.”