The Rise of Tri 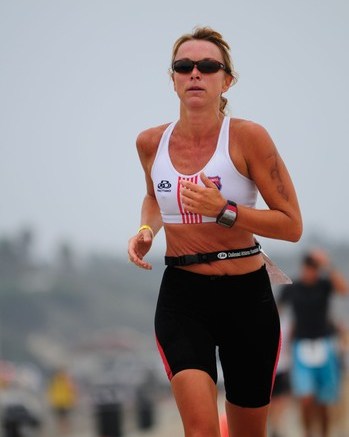 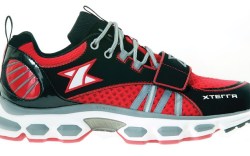 Triathlons have traditionally appealed to a hard-core audience, but now they’re becoming more mainstream, and athletic companies are getting in on the action.

And with good reason. Although the market includes fewer than 800,000 people, according to SGMA, it is an influential and affluent one.

More important, though, many brands say that establishing themselves as viable triathlon brands is the entrée into the competitive specialty running market — a market that, at $500 million, by some estimates, is 10 times as big as triathlon.

Jennifer Weiderman, VP of marketing for Westlake Village, Calif.-based K-Swiss, is among the recent converts to the cult of triathlon. She got into the sport around the same time K-Swiss did — last fall. Since then, she has done sprint, Olympic distance and half-Ironman triathlons, with a goal of doing the punishing Ironman in 2009. “They’re great for fitness and personal satisfaction, they’re great to just free up your mind — it’s a little addictive,” she said.

Since spring ’08, K-Swiss has launched three tri-specific styles, upped its pro team and sponsored high-profile races. While the brand is happy with the success it has had in connecting with the tri community, Weiderman said, it’s looking to expand. “Triathletes are one of the fastest-growing and most affluent demographics,” she said, citing the group’s dedication to performance product. “If you introduce something and it’s legitimate and it works, [consumers] will adopt it.” For K-Swiss, being accepted by those customers, she said, was the key to success in the running market as a whole. “We looked at [triathlon] as a way to break into the running market, given that triathletes are very loyal, and they’re willing to try things.”

With shoes sold in 100 doors — 80 of which are specialty running — the company is looking to grow. “Having the [triathlon shoes] has really helped because the specialty run shops realize that if it holds up at the end of a marathon, it’s legit,” she said. “Our goal is to be a running company, and we want to have a whole range [of tri and non-tri styles].”

Newer brands are following a similar strategy. Boulder, Colo.-based Newton debuted its first running styles in spring ’07, and while the shoes (which are structured to encourage a forefoot/mid-foot running technique) aren’t specifically designed for triathletes, the brand chose that market as its launchpad. Newton partnered with Ironman North America, showing its shoes at events and tapping into the tight-knit race community to build word-of-mouth sales. Newton reps said Ironman competitors were the perfect match for the highly technical brand’s launch: They had the biomechanical knowledge necessary to understand the shoe’s unorthodox design and they didn’t balk at paying a premium (the shoes start at $155).

Newton’s partnership with Ironman continues through 2009, but the company is planning to build on its multisport background and go wider. A new shoe, the Isaac, is geared to a more mainstream runner. With a beveled toe and heel, it’s constructed to help heelstriking runners transition to the brand’s forefoot/mid-foot technique.

Brand co-founder Danny Abshire said the brand is looking to grow its specialty running account base. “We’re not for everyone,” Abshire said. “But we’re definitely moving into the mainstream.”

Another player hoping to stake a claim in the category is footwear newcomer Zoot, a company with roots in Ironman that go back almost to its founding in the early 1980s. The brand launched tri-specific footwear in February, and the $110-to-$150 shoes are currently in 50 tri shops and 125 running stores, but Mike Rouse, director of sales, said it has bigger goals. “We want to become seen as a running shoe, not a triathlon shoe,” he said.

To get more exposure to traditional running retailers, the brand exhibited this year at 10 running expos. Rouse said the pitch to reluctant store owners is simple: “There’s a run in every triathlon,” he said.

And there’s more to come. Initially planned for a fall ’08 launch, the Xterra brand of shoes, which take its name and inspiration from the Xterra offroad triathlon, will launch this January at select specialty shops.

In the specialty running channel, catering to the needs of triathletes has been good for business, retailers said. Mark Rouse, owner of Arlington Heights, Ill.-based Runners High ’n’ Tri (no relation to Mike Rouse), said that in the 17 years his shop has been around, they’ve always had a focus on the sport, but it wasn’t until three years ago, when the store moved to a substantially larger location, that the store added “Tri” to the name. “The sport has grown immensely,” Rouse said.

He estimates that more than half the store’s business is done in the category, including the sale of running shoes to people who plan to use them for multisport events. Catering to triathletes, he said, also helps the store pick up sales from less serious athletes who like to vary their workouts. “[All] our runners might not do triathlons, but they swim, they bike to crosstrain, and that’s where the growth has really come,” Rouse said. “If we were just selling to triathletes, we’d be in a tough spot. But you’ve got another animal.”

Alan Eigner, co-owner of Tri Fitness in White Bear Lake, Minn., agreed. “[Triathlon] is a natural progression for a lot of runners,” he said, citing the reduced “wear and tear” on the body. “Plus, it’s a lot of fun.” Open a year and a half, Eigner’s store was doing half a million dollars in sales a year, with 35 percent growth year over year.

But the boom in the category may make the field just as competitive as running. “There’s going to be a fight,” said Runners High’s Rouse, “the same as in the running market. There are so many good shoes that if you can’t differentiate yourself, you’re not going to be around.”