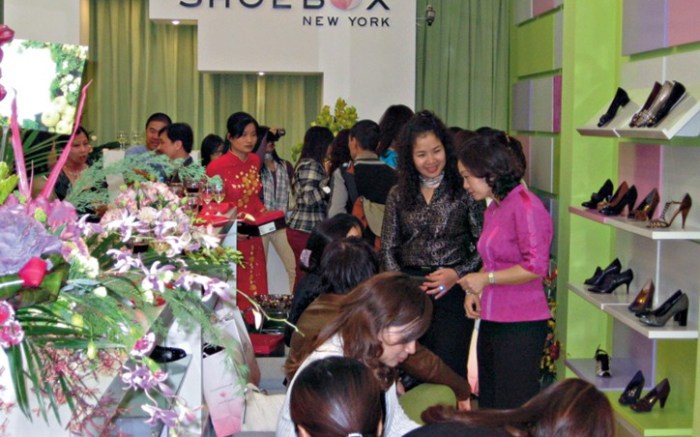 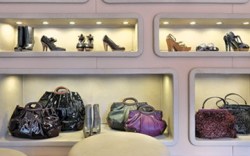 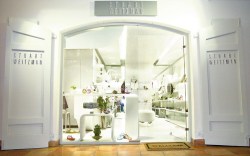 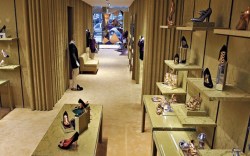 Stuart Weitzman stores continue to pop up at resort retail locations across the globe, and the designer recently bowed three new doors. The company opened its second location in Mexico in the city of Guadalajara — a response to loyal consumer following in the country, said Weitzman. The brand also entered new territory, debuting for the first time in Athens, Greece, and in St. Barths, French West Indies. “There is not a better showcase in the world for luxury products than the environment of St. Barths,” Wayne Kulkin, president of wholesale and chief merchant, told Footwear News. As with all Weitzman’s stores, the interiors were designed by Italian architect Fabio Novembre, whose ribbon-like shelving motif has become a signature feature in Stuart Weitzman boutiques.

Late last month, Shoebox New York debuted its first international location in Hanoi, Vietnam, with a bang — the store sold through onethird of its inventory in the first three days, the company said. According to Kenneth Hall, CEO of NexCen Brands, the chain will continue to expand throughout Asia. Two more stores are slated to open in Vietnam through a franchise agreement with Le Gia Co., and at least 20 stores will bow in Korea through a separate agreement with Magneato International.

Te Casan closed the doors to its sprawling West Broadway store on Dec. 1, but FN heard the company had been looking to expand in New York — an indication that the closure was unexpected and the firm might have fallen victim to the financial crisis. “It was popular merchandise, but that store had a tremendous rent, and that can be overpowering,” said Faith Hope Consolo, chairman of the retail licensing division of Prudential Douglas Elliman, who added that Te Casan was planning to bow a second shop in New York’s trendy Meatpacking district. Te Casan execs declined to comment on the future of the business. The retailer had begun steeply discounting its merchandise from November into early December, and discontinued Natalie Portman’s shoe collection for Te Casan — which launched in February. As for who might move into the West Broadway space, Consolo said that the location would be best suited for a “big power” brand such as Donna Karan or Ralph Lauren.

Jenica McKenzie and her three business partners, Tewanza Williams, Jerica Rentie and Vickie Stepney, come from different walks of life — their day jobs range from first-grade teacher to social worker, but the ladies all share a serious shoe passion. They came together in July to launch Shuaddikt.com, an online shoe and styling service that went live last month.

“We all love shoes, but have different degrees of addiction, so we carry trendy shoes in a range of price points,” said McKenzie. Among the labels are Carlos Santana, Betsey Johnson and Helen’s Heart. The owners will also throw at-home shoe parties for clients, and McKenzie said a ShuAddikt retail store could follow, possibly with a line of shoes designed by the owners.

Though many high-end fashion houses are taking a lashing due to the global economy, Marni is continuing to expand. The luxe label bowed a 2,475-sq.-ft. flagship earlier this month in Miami’s Design District on Second Avenue. Sybarite architect Consuelo Castiglioni created semi-sphere graduated patterns along the store’s walls as a nod to the neighborhood’s art deco theme. Castiglioni was also the creative mastermind behind the new St. Moritz flagship that opened on Via Maistra in mid-December. Impressed by the building’s intricate exterior, Castiglioni left the façade untouched, but created a marble polka-dot pattern in the interior floor of the 452-sq.-ft. space.

Miu Miu bowed a three-floor, 4,196-sq.-ft. flagship on New York’s 57th Street near Madison Avenue on Dec. 10. Designed by Roberto Baciocchi, the first two floors are devoted to an expansive footwear collection, handbags and ready-to-wear, while the top floor is temporarily housing an installation of past Miu Miu advertising campaigns translated into Warholstyle paintings (they also were featured in the Miu Miu spring ’09 runway show in Paris). Though the company was mum on details at press time, it has closed its Madison Avenue shop near 70th Street. Whether the store is temporarily closing for renovation or permanently shutting its doors is unclear.