Retail Profile: Out to Wynn 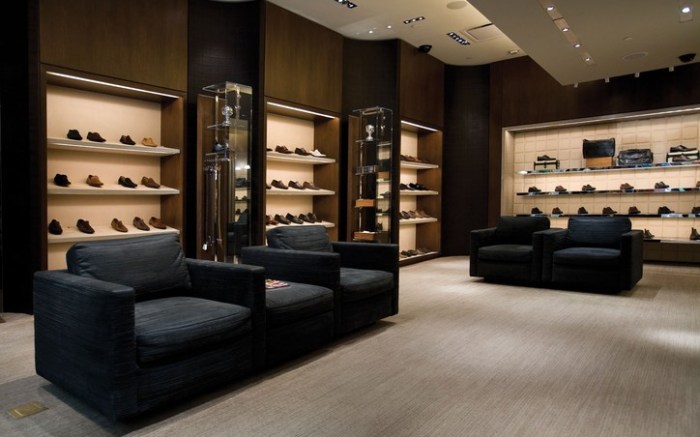 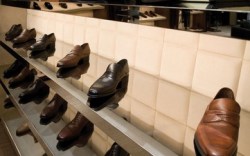 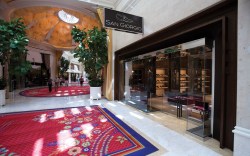 At the Wynn Las Vegas, luxury is a given. And men looking for high-end footwear need look no further than San Giorgio Shoes for Men, situated along the Wynn Esplanade. Owned by Wynn Resorts, the store opened in 2006, a year after the hotel. The 1,500-sq.-ft. San Giorgio’s one of a dwindling number of multibrand men’s footwear stores. “The men’s shoe niche was definitely being missed,” said Janelle Castillo, retail associate buyer. “We wanted to offer a nice selection of shoes to men who are coming to Las Vegas.”

When San Giorgio first opened, Steve Wynn, chairman and CEO of Wynn Resorts, offered suggestions about what brands the store should carry. Eventually, the store settled on Zegna, Harrys of London, To Boot New York, A. Testoni and Santoni. Puma Black Station — including shoes by Alexander McQueen and Yasuhiro Mihara — is also available. Prices range from $200 to $4,000.

The store focuses on high-end brands that are exclusive to the Wynn. In Las Vegas, Harrys of London is sold only at San Giorgio. In fact, the brand has embossed the word Wynn in the footbed of shoes sold there. “That’s what we go for — special touches that show you got it in Vegas while staying at the Wynn,” Castillo said.

Though shoes account for most of the inventory, about 20 percent is devoted to accessories, such as cufflinks by Catherine M. Zadeh, jewelry by King Baby Studio and pens by David Oscarson.

Exotics in all categories do well, Castillo said. A Harrys alligator moccasin is a bestseller, and the store also has sold many alligator briefcases by Lambertson Truex. “Our ability to sell the alligator shoes [is unique],” said Castillo. “Every once in a while, we’ll have a customer come in and he’ll want navy or black or white alligator. It’s not every day, but sometimes we’ll get someone who buys two pairs.”

Castillo said San Giorgio customers are a bit edgier than the typical upscale men’s crowd, thanks to the high tourist volume. To satisfy their changing demands, the store brings in new inventory every six months.

Store manager Natalie Plappert and three other sales associates tend to the needs of the customers. All are responsible for accommodating multiple requests, such as arranging delivery to hotel rooms, or shipping purchases to almost anywhere in the world. In addition, the Wynn staffs a personal shopper who can help with shoe selections.

But Plappert said she doesn’t see many high rollers from the casino. They’ll usually send a butler service or their casino host to purchase items for them.

San Giorgio could not ask for a better location for foot traffic. Hotel guests and other tourists hit the Esplanade for high-end shopping, and many pass through on their way to the Strip.

Though most customers discover the store as they pass by, San Giorgio also regularly features its shoes in Wynn Magazine, available in each hotel room during the holidays. Last fall, a limited-edition stingray Puma shoe was spotlighted and all 48 pairs promptly sold out, Castillo said.

The store’s entire inventory goes on sale twice a year, in July and late December. During those times, footwear is marked down 30 percent to 50 percent.

All Wynn properties are designed by the in-house firm Wynn Design and Development, which is comes up with store concepts. San Giorgio displays shoes on wall shelves, with accessories in glass cases housed near the cash register.

Two couches provide space to try on potential purchases. When the store opened, the floors were covered in dark brown leather for an extra touch of luxury; however, after scuff marks proved unsightly, it was changed to carpet.

San Giorgio is a small player in a big game: Wynn Las Vegas made $16.13 billion in gaming and nongaming revenue in 2007. The hotel, however, reported a 3.5 percent decline in retail revenues for the second quarter of 2008 — and they’re likely to fall further given the slowdown in tourist traffic. Still, Castillo said the shoe store is continuing on its course. “We’re doing well — not as well as expected — but we’re hanging in there,” she said.

For now, the biggest challenge is getting people in the door. “There are a lot of people who walk by on the Esplanade, but it’s actually [tough] getting them to come in the store,” said Castillo. “Once they are in there, they find things they like, but they aren’t as apt to just wander in.”

Entry into the Vegas market has been important for Harrys of London, according to Julia Rogers, director of international sales and marketing for the brand, as the store regularly dominates with sales of alligator loafers, from $3,000 to $4,000. “Their international clientele ensures the very best level of customer, which is why we offer exclusive Harrys of London styles for Wynn Las Vegas,” she said.

Ron Jackson, national sales director for To Boot New York, said the store presents its collection with depth and conviction, and that a strong knowledge of the customers has led to significant growth of the brand each season there.

Neighborhood vibe: Inside the Wynn, the Esplanade is just steps away from the casino and houses some of Las Vegas’ most posh boutiques, including Louis Vuitton, Chanel and Dior. The Palazzo Shoppes and the Fashion Show Mall are also a short stroll away.

Customer base: “It’s all kinds of people, from upper class to middle class, and they all want something special to wear out in Vegas,” Castillo said.

Competition: The store stands apart as a multibrand high-end men’s store, but Brioni, Canali and other single-brand stores for men are nearby, and Barneys New York is in
the Palazzo.