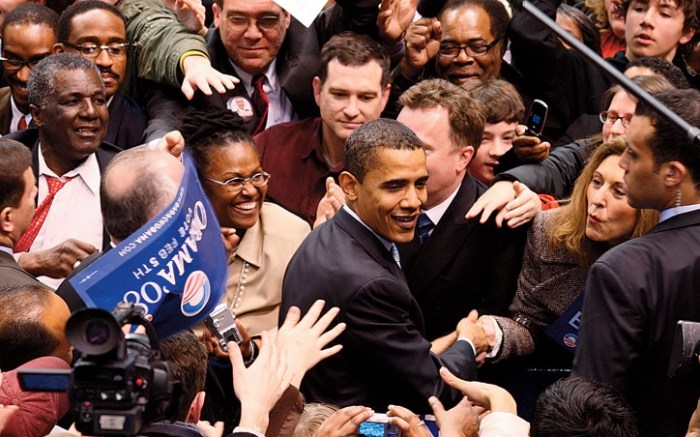 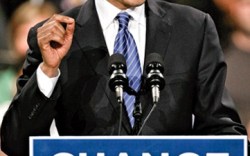 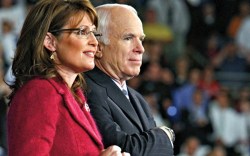 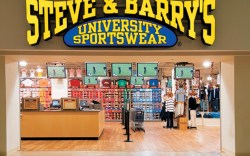 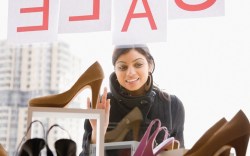 It was a difficult year, but an historic one, too.

Across the country — and even the world — the presidential election generated headlines and water-cooler buzz, in part thanks to a fascinating cast of characters and its history-making possibilities.

But for the footwear industry there were other issues: rising gas prices, unpredictable weather and the euro’s rapid rise. Then Wall Street’s catastrophe hit, shutting down the credit markets and ending discretionary spending.

These and other topics were top of mind for FN’s annual Readers’ Choice survey, which generated responses from 251 readers. Among the participants were CEOs and presidents, sales reps and designers. While the majority professed to be vendors, roughly a quarter were retailers, and the remaining were other industry players.

You headed to the polls this year and made your voices heard.

BIGGEST STORY OF 2008: The Presidential Election

Few things could have topped 2008’s fi nancial woes. But one news story did overshadow all others, according to 37 percent of FN readers: an historic presidential election that captivated the world. The remaining four big news stories were centered on the economy, including the collapse of major Wall Street firms (with 34 percent of votes) and the resulting multibillion-dollar Congressional bailout package (with 7 percent).

The battle for most watched courtroom drama was a draw in 2008, with two cases tying with 27 percent of the vote. Skechers and Crocs faced off on a very public trademark infringement feud that leaked into the streets of Boulder, Colo. — and even found its way into an ad campaign in FN — before being settled early this month. Meanwhile, Adidas and Payless netted the largest trademarking award in U.S. history: $305 million (though it was later reduced by more than 75 percent).

The economy dealt a heavy blow to the footwear industry this year, and several major players suffered as a result, including Mervyns, Shoe Pavilion and NexCen Brands. But the most surprising company failure, according to 26 percent of FN readers, was the 175-store Steve & Barry’s. Though it won Best Collaboration in last year’s Reader’s Choice survey for its deal with Sarah Jessica Parker, the company announced last month it would shutter all its stores. Readers had this to say about it:

“From the outside, it looked like a business model perfectly aligned with the conditions in the competitive, consumer and economic environments.”

“They seemed to have a decent price point and great PR from Sarah Jessica Parker’s Bitten line.”

“One week, I read about their success in the New York Times, and not more than a month later, they were in bankruptcy. It happened fast.”

“[It was surprising] because the company was acquired and I thought they would give reorganization a try.”

“It’s sad that overexpansion and probably too expensive licensing deals led to its demise.”

A month from now, the country will welcome a new president, and his administration faces several important issues, from the economy and health care to energy and education. For FN readers, the economy was the No. 1 task for President-elect Obama to work on right away.

Consumer spending stalled in 2008, but footwear companies were quick to respond with leaner budgets. Among the first expenditures to be cut was travel, causing some companies to forgo trade shows. Advertising and staff cuts also ranked high on the list.

Throughout the year, independent and chain retailers told FN they were more promotional with merchandise — although that turned out to be just a warm-up to the recent holiday season, when even high-end department stores were slashing prices. And it seems there was good reason: A whopping 65 percent of footwear players said that sales promotions were the best tool to convince consumers to buy. The next best thing was the shoe design, with store selection and advertising a very distant third and fourth.

Roughly 41 percent of shoe players said sales in 2008 slid by 5 percent. And they could fall further in 2009, with 10 percent of readers expecting a decline as high as 25 percent.

No surprise here: 63 percent of survey respondents said that online stores offer the best chance for future success, over brick-and-mortar stores. In a write-in portion of the survey, many noted that shoppers are turning to the Web more often now because of the convenience and selection and to avoid the cost of travel. In addition, they said online incentives, such as free shipping, are a big draw.

High-end Women’s After years of relative immunity from the stock market’s fl uctuations, the high-end segment began to see some softness this year, especially in the women’s arena. Twenty-seven percent of survey respondents said it was the worst-performing sector. While some luxe retailers were able to offset that weakness by offering more moderately priced labels, shoe designers faced a dismal dilemma: how to keep prices low when materials are going up and up and up. Many designers scaled back their production and expansion plans for 2009, while others continued to hold out hope for a quick economic recovery. Here’s what footwear insiders had to say about the fall of the high-end women’s market:

• “It was so robust, it had the farthest to fall.”

• “Luxury buyers felt the pinch because of Wall Street.”

• “Markdowns are built in to the moderate market. The high-end market depended upon women being able to use their houses as ATM machines, and when that dried up, so did their spending.”

• “Consumers don’t have the luxury cash or credit to buy higher-priced items. They’re opting for less or alternatives.”

• “With consumers feeling the pinch, ‘perceived value’ is being challenged like never before.”

Retailers certainly had their pick of troubles in 2008 — and we, in fact, did ask them to pick which of those troubles had the biggest impact on business. No. 1 on the list was the general sense of uncertainty that caused consumers to grip their wallets tighter. Trailing that was the dried-up credit markets, the summer’s $4-a-gallon prices at the pump, the lack of must-have shoe styles and the dollar’s weakness against the euro.

The red-sole king earned the design crown this year, according to 28 percent of FN readers. Among the competitors he bested were Marc Jacobs (last year’s winner and this year’s runner-up, with 20 percent of votes), Miuccia Prada and Manolo Blahnik. While the luxe market as a whole may have suffered, Louboutin’s business thrived. And he fueled the desire among his followers with eye-catching shoes (with sky-high heels) on the fashion runways in New York and Paris.

Consumers were looking for a reason to buy this year, and unusual details, such as exotic skins, leather fringe, zippers and bright colors, saw the most traction at retail, according to survey participants. The corseted bootie was also popular for fall.

2008 saw several high-profi le pairings, including country songstress Reba McEntire and Brown Shoe, and in an industry first, Nine West and New Balance. But survey respondents chose Target (which also nabbed FN’s Retailer of the Year honor) and Sigerson Morrison’s holiday collection as the best collab of the year.

ON-SCREEN FASHION: “Sex and the City: The Movie”

The return of New York’s favorite foursome was welcome news for movie box offi ces — and for shoe sellers, who said that of all the big- and small-screen productions this year, Carrie and friends had the biggest infl uence on fashion. While footwear was generally downplayed in the fi lm, a few cameos for select styles caused a run on Dior’s gladiator platforms and Giuseppe Zanotti’s fi sh-bone sandal. And of course, Manolo Blahnik’s blue satin pumps got star treatment in the movie, which surprised the designer more than anyone. Earlier this year, he told FN he’d had no idea how they would be used.

Could there be a more diverse group of men? On the list of 2008’s top male tastemakers is the future president of the United States, a family of Disney heartthrobs, a U.K. soccer sex symbol, a Hollywood superstar and a former Disney heartthrob turned music mogul. But whatever their professional calling, these men make success look very good.