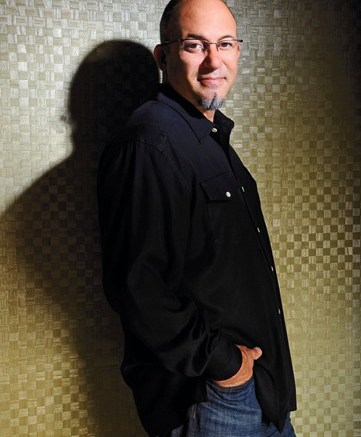 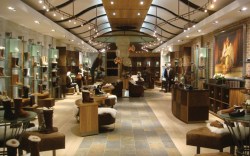 The former college runner, Reebok exec and co-founder of the Keen brand has injected a new energy into the company since assuming the CEO role in 2005, and Deckers is now on track to hit $1 billion in sales by 2012.

“It’s a fast-paced environment, and it’s not for everybody,” Martinez said. “We’ve ratcheted up the level of urgency and certainly the pace of operating because we have some aggressive goals, and we’re organizing and staffing ourselves to meet those goals.”

But Martinez is more than a speedster. He’s also a deliberate tactician and a careful planner. It’s that combination of speed and strategy that has earned Martinez a reputation for having one of the sharpest minds in the footwear industry. And he has the accolades to show for it.

Martinez is now the second executive in Footwear News’ history to win Person of the Year twice (the other was Iconix Brand’s Neil Cole), having first received the honor in 1997 when he was president and CEO of Rockport. Just a year ago, Deckers was awarded FN’s Company of the Year, thanks in large part to the phenomenal success of its Ugg brand, not to mention Martinez’s leadership. At that time, the industry took notice as Martinez evolved the company’s brand portfolio with new product categories, a new fashion focus and a four-season business model.

“Clearly, he’s doing a great job with Deckers,” said RBC Capital Markets analyst Howard Tubin. “He has a clear vision of how to build, develop and manage brands. There’s probably more demand for Ugg product in the retail channel than they want to distribute, which was part of his strategy, and it’s proven to be effective.”

A year later, the industry’s top players are still marveling at Martinez’s ability to redefine the company’s product mix, introduce new fashion-right line extensions and sustain a truly impressive growth rate, even in the face of a grueling economy and a generally dismal retail environment.

“The pace is different when the expectations are higher,” Martinez said. “We have much higher expectations than we did a few years ago. This is a sub-5-minute pace that we’re running here. This is not jogging.”

In the past year, Martinez reaped the rewards from an Ugg strategy that began in 2007, when he introduced more fashionable product, as well as men’s footwear, all under the Ugg banner.

“I thought 2007 was the year for making our initial thrust into higher-fashion women’s product and establishing a men’s rationale and positioning,” he said. “I think ‘validation’ was the word for 2008.”

The proof is in the form of stellar sales performance. Sales of the brand increased 57 percent during its third quarter alone to $178.7 million. And in late October, when other footwear companies were reeling from the gloom-and-doom economic news coming out of Wall Street, Martinez increased the company’s full-year earnings outlook to $7.08 a share, up from an earlier projection of $6.68 a share. In 2007, the company reported earnings of $5.06 a share.

“The Ugg team makes it all look easy,” said Martinez. “It’s not. We know who our customers are, and we feel like we talk to them through product pretty well. It’s an ongoing evolution. You’re watching the brand evolve right before your eyes.”

Among the more visible signs of Ugg’s growth was a new initiative to provide select retailers with Ugg-branded shop-in-shops. So far, 40 installations are in the marketplace, and another 40 will likely follow in 2009.

Pittsburgh-based Little’s was one of the first retailers in the country to test the shop-in-shop concept, and results far exceeded even the most optimistic projections. “The customer response is way better than I ever expected. I thought it would be good, but the customers just love it,” said owner Joel Sigal. “Business is through the roof with Ugg. They’ve done an unbelievable job.

“Angel has taken an item and made it into a company,” he added. “He is a visionary in the shoe business, and there aren’t many of those kind of people out there.”

International business also poses significant opportunities for the brand in 2009 and beyond. While the U.K. remains the center of the company’s European strategy, it is increasing its visibility with high-profile store openings. Last month, an Ugg-branded store opened in London’s swanky Westfield Shopping Centre, while another location is planned for Covent Garden.

Martinez has scored smaller successes with the company’s Simple and Teva brands. Simple, which is on pace to score 50 percent growth for the year, was fueled by the company’s environmentally friendly EcoSneaks and PlanetWalkers product launches. “We feel we’re the world leader in sustainable footwear,” he said. “We were really the first to embrace that as a product development strategy.”

The company’s Teva brand is facing a more difficult journey due to the economy and bad weather, but Martinez is putting in place a strategy to erase climate as a sale-inhibiting factor. “We’ll always make the world’s best performance-sport sandals, but we need to augment that with the other kinds of [closed-toe] product we’ve been introducing,” he said. “We’re pretty happy with the success the brand has had from a product development and positioning point of view.”

Martinez also spent part of this year on acquisitions. In May, he signed off on the purchase of the Tsubo label for $6 million. It will be relaunched for fall ’09. “I think it’s going to have a great initial response, and over time it will get better and better every season,” he said. “That’s what brands are supposed to do.”

While Martinez said he has no specific plans to buy additional brands, the turmoil in the economy may present buying opportunities. “The one thing about this environment is that it could yield some opportunities six or 12 months from now,” he said. “If something becomes available down the road, we’ll look at it. I’m not actively searching, but I think opportunities will come our way.”

No matter what the future holds, Martinez doesn’t plan to slow down. After all, the fun is in the race. “This is what I do,” he said. “This is what I know. I was lucky enough to discover that early on. Some people play the saxophone. I love building brands.”