Off Price Gets Up Beat 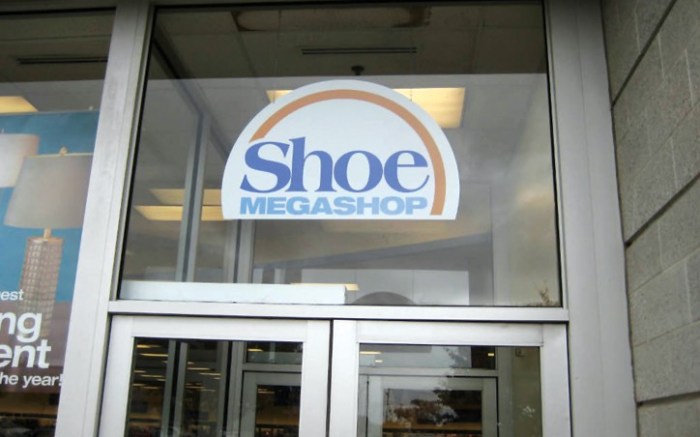 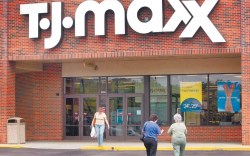 NEW YORK — The withered U.S. economy is creating opportunity for at least one footwear segment: off-pricers. Thanks largely to their ability to beat independents and department stores on price, retailers such as TJ Maxx, Marshalls, Ross Stores and DSW have become formidable players in the footwear industry. The stores are more prominent than ever in the value-driven consumer mindset — a fact that may only be exacerbated by the weakened economy, experts said.

“Particularly as the economy weakens — we saw this in the last recession in 2001 — TJX and other retailers that offer a more pronounced value are certainly [grabbing] share.” The decline in mall traffic and poor sales at department store chains, which have reported same-store declines during most of 2008, contrasts results at the large off-price retail chains, whose quarterly comps have performed well — though in some cases, not as robust as in prior years. The off-pricers realize their potential and, thanks to the surplus of unsold inventory in the market, have been aggressively courting the growing number of economically minded consumers. Their main method is sophisticated marketing campaigns touting the latest season’s fashions and higher-end brands at lower price tags.

Indeed, DSW’s move into luxury boutique footwear offerings, an initiative marketed on the company’s Website and still in development, and Marshalls’ newly launched Shoe Megashops have given discounters clout as a major distribution channel for better footwear vendors. In some cases, these off-pricers are among the first destinations for in-season styles. And because of low overhead, the off-price channel has navigated well in a tricky economy by securing bigger brands early in the season.

As a result, department stores and other retail rivals, such as family-run independent chains, have felt the pressure. “The Marshalls of the world and the A.J. Wrights, they get their share in name brands,” said Alan Rapport, who owns independent footwear store Economy Shoes. “They buy them at a very low price and they sell them at a very low price. Today, people are looking for bargains.”

Rapport added that when vendors close out on certain merchandise, offpricers can be selling the same product as his store at the same time. “It’s not like [the merchandise is] a year old. It’s current — and that hurts. It’s fierce competition right now. I’ve never seen it tougher,” Rapport said.

The Competitive Edge Recent same-store sales performance at department stores has been softening.

By comparison, off-price giant TJX has fared better. “If you look over the last five-, 10-, 20-year period, [TJX] has been able to grow same-store sales, on average, in the 3 percent range,” said Hofkin.

TJX kicked off 2008 with strong January comps, up 3 percent. In April, comps reached a peak of 8 percent for the year-to-date period, and most recently ended up 7 percent for November.

During TJX’s most recent quarter, shoe comps rose 4 percent, versus strong increases the prior year. To take advantage of the interest in footwear, the retailer recently opened Shoe Megashops in Yonkers, N.Y., and Glendale, Calif. “Although it is a test and still early, we are encouraged by the excitement around Shoe Megashop, which is another vehicle for us to leverage, capitalizing upon our opportunities in footwear,” said TJX CEO Carol Meyrowitz during the firm’s third-quarter conference call.

Another off-pricer, Ross Stores, has been faring well and mostly meeting profi t expectations. While most retailers have large downsides to their fi nancial outlooks, CL King analyst Mark Montagna wrote in a recent research note that “Ross nearly never achieves dramatically large downside performance.” The company recently posted thirdquarter earnings of $57.3 million, versus $48.7 million the prior year, and its sales rose 6 percent to $1.56 billion.

Same-store sales also have been on the rise. Ross Stores’ same-store sales gains have consistently increased each month until early summer, reaching as high as 8 percent, and the company recently posted a 9 percent rise in November comps, despite the tough economy.

That’s significantly better than the November comp performance of many other retailers, including department store darling Nordstrom, which posted a 15.9 percent drop for the month. The off-pricers generally have the edge in an economic downturn, experts said. Part of an off-pricer’s competitive edge is its large size but low overhead costs, which have aided their vendor deals, sourcing relationships and retail credibility. TJX, which has been growing on an annual square-footage basis of around 4 percent, has sourcing relationships with more than 10,000 vendors in at least 60 countries, and it employs a network of roughly 600 merchants.

Marshalls’ Shoe Megashop consistently carries brands such as Nine West, Steve Madden and Guess and has negotiated prices so it can offer discounts of up to 50 percent. Still, TJX manages to pull in steady gross margins in the mid-20 percent range, on average, and doesn’t have to worry about keeping inventory consistent.

“Generally that kind of gross margin is not that different from a Wal-Mart,” said Hofkin. “It’s a pretty lean structure. There is limited follow-on markdown. DSW, meanwhile, has boosted its revenues mainly due to store openings. The company opened 21 stores in the third quarter and expects to bow 40 in 2008, up from previous expectations for 35.

It also has invested nearly $30 million in the 2008 launch of its Website. DSW boasts more than 30,000 pairs of shoes in 2,000-plus styles, and most DSWs, in addition to TJ Maxx, Marshalls and Ross stores, are in prime, off-mall locations, which often have better traffic patterns. That alone has put further pressure on independent retailers.

“I know a lot of our customers go there because they tell me what they have,” said Rapport, who said there is an A.J. Wright a mile from his store and a Marshalls about seven miles away, both located in strip malls.

Although several buyers and department store execs contacted by Footwear News declined to speak on the record, analysts said that this phenomenon of off-pricers taking share from the big chains is not new, but it has been intensified lately by consolidation among department stores and the rough economy.

“[Off-price retailers] know their goods are relevant because they are buying closer to the season, as opposed to buying up front six to nine months out,” said Morningstar senior analyst Kimberly Picciola. “When you are buying just a few months out, you are going to have a much better idea of what trends are relevant, what colors are popular.” Gaining Clout

As more vendors seek to unload excess inventory amid department store consolidation, and as department store buyers cancel orders due to the tough economy, off-price chains have benefitted from an overflow of better goods. And they are gaining retail clout in the process.

“[Off-pricers] will get better and better brands because you will have [new] brands that are now selling to Ross and TJ Maxx,” said Montagna. A mid-fall review of Marshalls’ offerings in a Shoe Megashop in New York’s Harlem neighborhood included in-season stock from major footwear vendors, including Nine West and the $35-to-$40 range.

During a visit to DSW in Manhattan, FN saw several designer styles from past seasons from Marc Jacobs, Stuart Weitzman and Prada, along with a plethora of in-season moderate lines in multiple sizes, such as an exclusive value line of Joan & David, called Joan & David 2, which had current fall styles in the $50-to-$100 range.

Although most brands were mum on the details of their deals and exclusives with off-price retailers, Asics told FN it does sell excess inventory to TJ Maxx and Ross. Asics also caters its collection to DSW with specifi c styles. Moves such as these indicate that vendors are more comfortable now selling directly to value chains, industry watchers said.

“Five or six years ago, there was … almost a stigma for these vendors to sell to DSW,” said Wedbush Morgan Securities analyst Jeff Mintz. “They didn’t like to do it, or they didn’t like to admit they were doing it. And now, DSW has become a very legitimate channel of distribution for these vendors. They realize there is a core customer. DSW has a large loyalty program, and their loyalty shoppers buy often.”