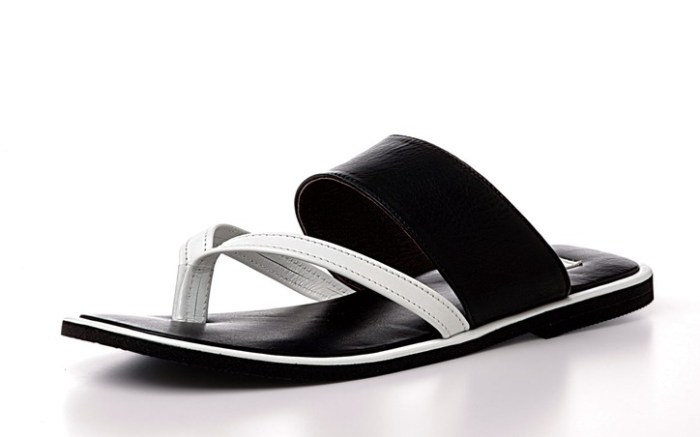 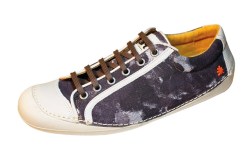 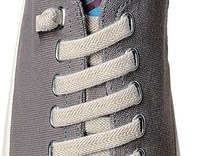 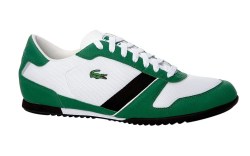 Handy Work
There’s a new addition to the designer footwear crowd this spring: Paul Nile, an artisan-style collection from designer Charlie Chung. Produced in a small factory in California, the series of classic handmade sandals is aimed at the contemporary customer in his late 20s to 30s. “They’re not about being trendy, but about quality and craftsmanship,” Chung said. The designer is no stranger to the footwear business — his family has been manufacturing shoes in Asia for generations. The collection, which is set to ship to better specialty stores in February, will retail from $190 to $250. A companion women’s line is in the works.

Spanish Steps
Toronto-based distributor Sole Mio is introducing two new Spanish collections to the U.S. market this spring. Both cover a wide spectrum of styles — from the funky to the sophisticated — for both men and women. The Art collection offers playful, colorful looks that retail from $180 to $250, while the $220-to-$300 Neosen line takes a refined approach to modern dressing. Both will be available for March delivery and are aimed at independents and boutiques.

Sea Legs
Camper is rolling out its lowest-priced line to date: the Mediterranean Sneaker collection for adults and kids, retailing for less than $100. Taking its name from the sea surrounding the brand’s headquarters in Majorca, Spain, the collection consists of three key Camper styles updated with eco-friendly components, including organic cotton uppers and natural rubber outsoles. The styles are the Camaleon, a cap-toe look based on an authentic peasant shoe; the Peu, an anatomically lasted style; and the Imar, a laceup with a siped outsole for seafaring sneaker lovers. Set to retail from $55 to $75 for kids and from $80 to $95 for adults, the line will be available in Camper stores, as well as at select Camper wholesale accounts, beginning in April.

Red Alert
French brand Lacoste is unveiling Red, a new ready-to-wear and footwear collection for spring ’09 aimed at a younger, fashion-driven customer. The apparel features two themed groupings: the 1960s-inspired Chelsea, consisting of clean, fitted styles; and Charing Cross, offering looser-fitting, golf-inspired street looks in bright colors. As a complement to the apparel, Lacoste’s footwear partner, New Hyde Park, N.Y.-based Pentland USA, is releasing the Zephyr, a low-profile sneaker for men and women featuring padded nylon uppers and leather accents. Slated to deliver in February, the sneaker is available in three colorways and will retail for $95.