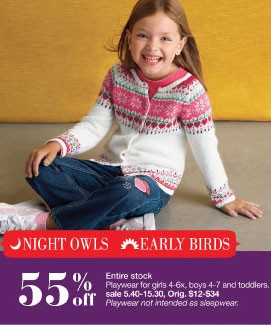 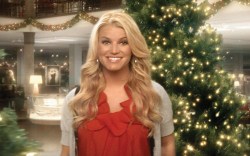 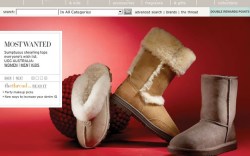 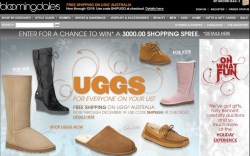 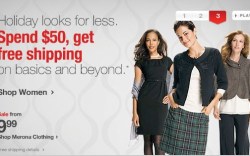 As usual, department stores hit the airwaves with their holiday ads even before the Halloween decorations were put away. But this time, they did so with heightened purpose. As the economy continues to weaken and news of job cuts spreads, spending is expected to be dismal during the fourth quarter. So retailers have whipped up holiday marketing campaigns aimed to woo, entice and amaze the cautious shopper. Below are a few of the recurring themes that have emerged so far during holiday ’08.

Cost Conscious
Hands down, affordability is the top buzzword of the holiday campaigns, especially for mid-level and discount department stores. JCPenney, for instance, expanded on its “Every Day Matters” tagline by adding the phrase “Style. Quality. Price Matter” to its TV and print ads. Kohl’s plans to promote designated merchandise with signage that boasts they have “Gifts That Fit Your Budget.” And Jana O’Leary, a spokesperson for Target, told MediaBank the retailer’s holiday campaign, called “Christmas Wrapped,” is budget-minded. “It’s about helping guests save money and time while simplifying the notoriously overwhelming process of getting ready for the holidays.” Most of the retailers, including Kohl’s, also began announcing pre-Black Friday sales earlier this month, with storewide markdowns reaching as high as 60 percent at some stores.

Famous Faces
Some things don’t change, even in a recession. Celebrities are still popping up in Macy’s nostalgic “Believe” ads, with Jessica Simpson, Kenneth Cole, Carlos Santana and Donald Trump once again lending their fame to help drum up sales for the retailer. And over at sister company Bloomindale’s, Tony Bennett hosted a holiday celebration last week to unveil the store’s holiday windows on Lexington Avenue in New York. The crooner also figures prominently in Bloomie’s holiday catalogue, and the retailer plans to send its top customers audio greeting cards with a holiday greeting from Bennett. And thanks to its collaboration with Sony Music that began last fall, Bloomingdale’s can boast dozens of high-profile musical connections this season. For instance, Gwen Stefani designed the cover of its music-themed November issue of The Little Brown Book, and its holiday catalogue features an auction for a cruise with John Mayer and experiences with Celine Dion and Yo-Yo Ma.

Uggs Galore
The shearling boot has once again emerged as the must-have shoe item of the holidays, and department stores are cashing in with Ugg-centric promotions. Last week, the Neiman Marcus and Saks Fifth Avenue sites posted pictures of the new Whitney lace-up boot on their dedicated shoe areas, while Nordstrom and Bloomingdales went on a media blitz. Both showed splashy ads for the brand on their homepages, with Nordstrom sending out e-mail blasts to customers and Bloomie’s offering a free-shipping offer on all Ugg merchandise through Dec. 19.

Drawing ’Em In
Holiday ’08 is shaping up to be a big buyer’s market, with retailers offering everything from free shipping to m-commerce sites to lure them in. As part of “Christmas Wrapped,” Target is kicking off its biggest free-shipping event in the company’s history, from Nov. 30 to Dec. 13. Luxe retailer Nordstrom is offering free shipping on orders of $100 or more. And on Nov. 7, Sears launched Sears2go.com, a mobile commerce Website that lets customers search and buy Sears.com merchandise from their phones.

Doing Good
Though altruism is always a hallmark of the holidays, it’s showing up most often this season in marketing campaigns for department stores. Neiman Marcus is donating a portion of sales from its annual Christmas Book to support research into the most common children’s brain tumor, called PLGA (pediatric low-grade astrocytoma). Macy’s has said it will give as much as $1 million to the Make-A-Wish Foundation through its in-store marketing effort, the Santa Mail letterboxes. And the proceeds from Bloomindale’s catalog auctions go to Musicians on Call, a nonprofit organization that brings live and recorded music to the bedsides of patients in healthcare facilities.

Layaway
Sears and Kmart are appealing directly to cash-strapped shoppers this season by touting their layaway programs. Kmart has offered the service for some time, but began promoting it recently in its holiday campaign, claiming it is the only discount retailer to provide layaway options. Print ads are running in November magazines and a TV campaign debuted early this month. Meanwhile, Sears announced the return of layaway to its stores on Nov. 16 after canceling it in 1989. “Not only did we hear feedback from our customers but we saw the very positive response to our sister retailer’s — Kmart — layaway program,” said Sears Chief Marketing Officer Don Hamblen.