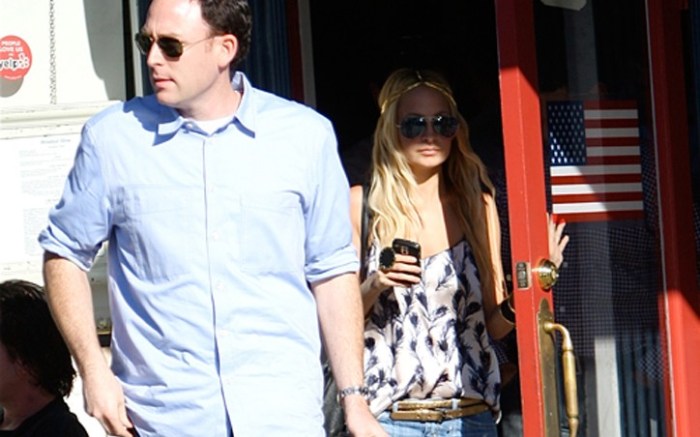 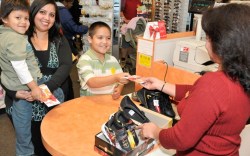 Rick Cytrynbaum of Modern Vintage recently found himself in the paparazzi pages of US Weekly. The CEO was snapped leaving La Conversation Café in Beverly Hills, Calif., with Nicole Richie after what could have been a business lunch. While nothing has been confirmed, we wonder if footwear could be next for her brand, House of Harlow.

Jerome C. Rousseau is hitting the runway. The Canadian-born designer, whose shoes have been picked up by Barneys New York and Fred Segal Feet, recently spilled the beans to Insider about his first runway collaboration — two boot styles for Austrian clothing designer Peter Pilotto’s fall ’09 collection.

Payless ShoeSource continues to have the giving spirit this holiday season. Through its Payless Gives Shoes 4 Kids program, the retailer is donating 67,000, $15 gift coupons toward a new pair of kids shoes, redeemable at any of its 3,600 stores. In all, the program will deliver $1 million worth of shoes to needy children across the U.S. Insider first reported on the company’s plans in mid-November. Since then, the company has received more than 2,500 applications from non-profit groups hoping to partner with the retailer and connect it with children in need, as with Para Los Ninos which hosted an in-store event in Los Angeles on Dec. 11 (pictured here).

“Every day, the pictures with smiling faces and the inspiring stories keep coming in,” said Matt Rubel, chairman and CEO of Collective Brands, owner of Payless. “We are thrilled to deliver a true gift to so many families this holiday season.”