Insider: Giuseppe Heading to The Hills… Macys Fetes Its 150th… 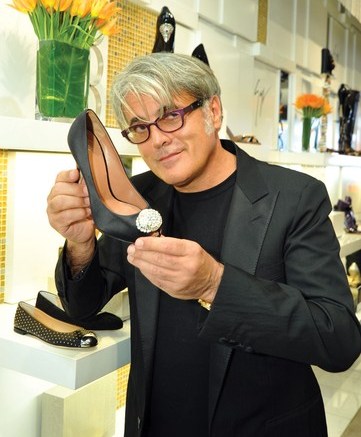 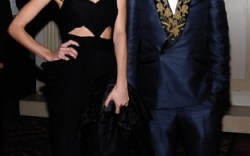 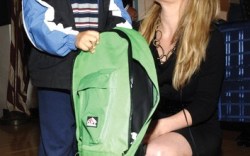 L.A. Bound
Giuseppe Zanotti is gearing up to open a store in La La Land. The designer is planning his first L.A. boutique after an upcoming Boston store debuts next year. No location has been set, but the new store will likely carry a Beverly Hills, Calif., zip code. Zanotti, who flew into town for a luncheon and shoe signing at the new Saks Fifth Avenue shoe department in Beverly Hills, said Los Angeles is increasingly becoming a more important — and distinctive — fashion market. “Los Angeles is a unique city because it’s international, but still so different from New York,” said Zanotti. While he acknowledged that economies around the world are in for a rocky ride in the months ahead, Zanotti said he would work even harder to design shoes that inspire women to buy. “For me, the only thing I can do is continue to design beautiful shoes,” he said. “We are the ambassadors of luxury and beauty and creativity. This is our job.”

Birthday Bash
Big birthdays call for big celebrations, and Macy’s marked its 150th with a party in Manhattan attended by Martha Stewart, Eva Mendes and Michael Bloomberg — not to mention company prez Terry Lundgren. Designer Kenneth Cole and Lundgren shared an inside joke about Lundgren feeling just as old as the chain, with Lundgren longing for the energy he had when he was a mere 140 years old. Cole played along: “Take two aspirin and call me when you’re in your 160s.” Cole confirmed he would again star in the retailer’s next round of commercials. Meanwhile, Tommy Hilfiger said there’s a good chance his footwear could one day be exclusive to Macy’s. For now, most of his focus is on his new Fifth Avenue flagship, which is slated for a January or February debut. “It’s something we’ve dreamed of and it’s happening,” he beamed. Elsewhere, Vince Camuto cruised the party without Jessica Simpson, who, oops, arrived after the party was over. (She did make it in time for the fireworks, though.)

Félicitations, Fred
Overseeing the design direction for Nine West footwear, jewelry and handbags is no easy feat, but Creative Director Fred Allard must like a challenge. The Nine West exec will now oversee the brand’s sportswear division as well. The first collection under his watchful eye will debut in March. Insider got wind of the news at the brand’s press preview at the top of the New Museum in New York, where it also unveiled the New Balance for Nine West collection, and introduced NWBI, the line’s super-cute anime mascot.

Star Power
On Oct. 23, the style elite — Donatella! J Lo! Prince! — came out for Fashion Group International’s 25th annual awards ceremony. Calvin Klein Creative Director Francisco Costa said he was thrilled to receive a fashion award from his industry peers. “Growing up in the fashion business, I always looked up to Karl Lagerfeld, so I am very happy that he is here,” he said. Attendee Isaac Mizrahi was also in a good mood, about having his couture footwear back in house. “The product is better quality,” Mizrahi said. Retailers were also well represented at the ceremony: Carla Sozzani, proprietress of 10 Corso Como, was recognized for her contributions to fashion, as was Natalie Massenet of Net-a-porter.com, who received an award for corporate leadership. Saks Fifth Avenue’s Stephen Sadove and wife Karen walked the red carpet and told Insider about their recent dinner in Paris with Christian Louboutin, where Mrs. S (in the designer’s handiwork) made one request: “I asked him to take the heels down a little,” she said. Louboutin, was also given a nod for fashion, trading awards with fellow Frenchman Philippe Starck, who took home the trophy for his use of architecture in his designs.

Helping Hands
Thanksgiving may be right around the corner, but New York-based Nina Footwear and tween queen Hilary Duff are doing their part to help elementary kids in New York and California. Both have teamed up with Kentucky-based Blessings in a Backpack, a nonprofit that ensures kids using free lunch programs are also getting nutritious meals over the weekend. Every Friday, Nina staff head to their adopted school in Manhattan and spend the morning stuffing backpacks with healthy snacks, such as fruit, cheese sticks and ready-to-eat ravioli. “We moved to Union Square last year and wanted to give back to our community,” said Nina CEO Scott Silverstein. On a recent Friday, students got an unexpected treat when 21-year-old Duff, who also works with Blessings in California, stopped by New York to say hello and stuff a few backpacks. “The big thing for me is that this [program] is completely pure. All the money goes to the kids,” Duff said.