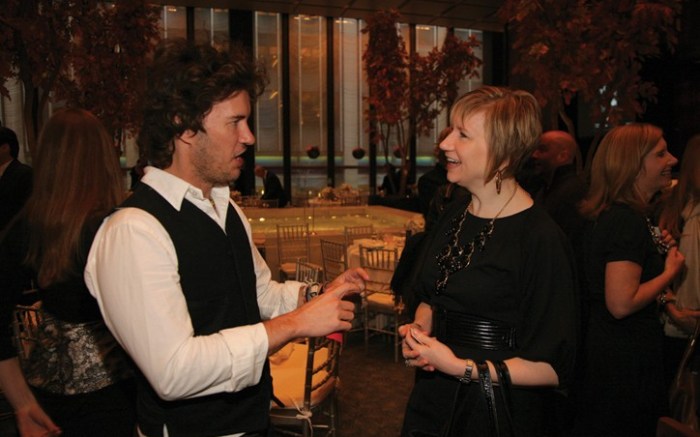 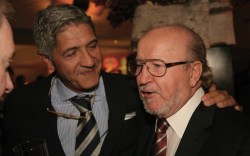 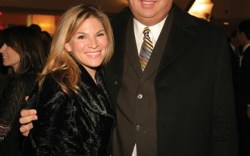 The annual FN Achievement Awards bash has always been ideal for deal making — and this year was no exception. Insider spotted Philanthropy Award winner Blake Mycoskie of Toms Shoes and Andrea Kellick, (the Target DMM who accepted FN’s Retailer of the Year award), deep in conversation after the awards breakfast last week. (For more on the FNAAs, see “Opening Credits,”). So could shoppers be seeing Toms at the Bull’s Eye? Insider caught up with Mycoskie later in the day, and while the charitably minded CEO said it “ wasn’t going to happen tomorrow,” he didn’t close the door on the possibility. Target’s size, he told Insider, gives it  “an enormous possibility to do good.” Also reportedly making collab magic are two other FNAA winners: Jimmy Choo and Hunter (more details to come). In his acceptance speech for Brand of the Year, Sonny Shar, president of Hunter licensee Pentland USA, noted how close-knit the shoe world was when he told the story of meeting a fellow South African — Raphael Peck, SVP at Launch of the Year Under Armour — right before the program began. According to Shar, when he learned his countryman’s surname, he asked if Raphael had known his good friend Michael Peck, who’d attended his wedding. Turns out the two Pecks are father and son.

Congrats are in order for Soles4Soles founder and CEO Wayne Elsey, who brought his new fiancée, Tiffany Johnson, to Two Ten’s annual fundraising dinner last Wednesday. The future Mrs. Elsey for her intended while for the shoe charity’s good works. But there was business, not just love, afoot on the cocktail floor. Titan Industries’ Joe Ouaknine wouldn’t share any details, but said he’s working on a hush-hush project that, if it comes to fruition, would be the “biggest thing ever to happen [to me] in the shoe business.” Insider spotted the tightlipped exec shooting the breeze with BBC International’s Bob Campbell.

There’s always lots of buzz come FFANY time. Actress Annabelle Gurwitch of Planet Green’s “Wasted” reportedly toured the Timberland showroom. Could a collaboration with the eco-minded brand be in the works?… Lacoste might turn out to be French for “sneakerhead.” Gary Malamet, president of the Lacoste division of licensee Pentland USA, said Lacoste would be adding to its successful sneaker collabs (which include partnerships with Alife Rivington Club and Nort Recon) with a sneaker designed by Miami-based shoe customizer Logan Real … Rick Paterno, president of wholesale better footwear brands for Nine West, told Insider he was getting psyched for the brand’s big new project: Nine West Vintage America. Look for all the details in next week’s issue.