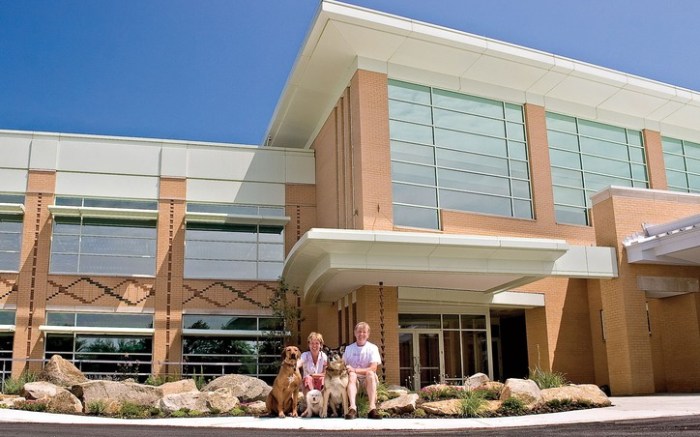 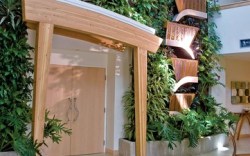 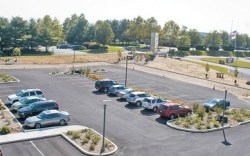 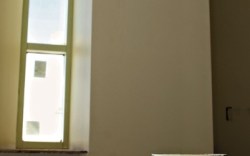 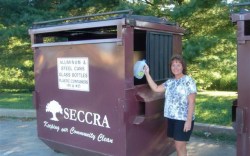 When the doors opened on the new Dansko headquarters in July, company founders Mandy Cabot and Peter Kjellerup (at right, below) had much to celebrate. For starters, the three-story, 80,000-sq.-ft. structure in West Grove, Pa., gave the growing company the space it desperately needed.

But more than that, the couple said, it was a physical manifestation of the sustainable model they’d been working on for years.“We always wanted to do a green building,” said Kjellerup. But building with sustainability in mind is not as easy or commonplace in the U.S. as it is in Kjellerup’s home country of Denmark. Getting plans drawn up and approved, and then sourcing and constructing a building that lived up to the couple’s sustainability demands took time.

In fact, the couple first floated the idea in 2004, but construction didn’t start until 2007. Still, Cabot and Kjellerup said it was worth the wait: They’re pursuing gold-level certification from the U.S. Green Building Council’s Leadership in Energy and Environmental Design program for the structure, designed with Pennsylvania-based Bernardon Haber Holloway LLC.

And while Dansko declined to reveal the price of the new building, Cabot, who called the property “a stake in the ground for what we’re going to be going forward,” said costs were definitely on their minds. “I think of the cost of not doing this,” she said.

Shortly after the building’s debut, Kjellerup and Cabot took Footwear News on a tour to show off their favorite new green features and point out the aspects they hope to improve in the future. What follows are some highlights.

POWER PLANTS
In the lobby, the eye-catching “living wall” (below) is a great decorative piece. But the two-story hydroponically fed assortment of plants (designed by Green Roof Service and installed by Furbish Co., both based in Maryland) serves a larger purpose, filtering carbon monoxide and volatile organic chemicals (VOCs) out of the air and flushing oxygen directly into the heating, ventilating and air-conditioning system. Up on the roof, more plants are put to work in a different way. Three different gardens were planted on the multilevel structure using drought-resistant flowers and grasses.

Building a green roof can be an expensive proposition (Green Roof Service said that the shallowest garden roofs can cost between $10 and $15 a square foot, and the prices go up sharply from there), but the benefits can be extensive. A green roof provides insulation that can reduce heating and cooling use and lower costs by as much as 40 percent — a major consideration in snowy Pennsylvania. The garden is also a major part of the building’s stormwater plan, helping to filter pollutants from the rain and channel runoff to the building’s collection systems. And while Kjellerup said the vegetated roofs will need some tending and watering for the first year or two, after they’ve matured, they should need minimal care and no additional watering to do the job. And one other sustainability bonus? According to several groups, green roofs can last two to three times longer than standard roofs.

PARK(ING) LAND
Parking is a major concern for any new building. Regulations often require that parking be sufficient for the maximum possible needs of a facility and not the average use, usually resulting in vacant acres of shimmering asphalt reflecting heat and contaminating the groundwater with the oily runoff. Calling traditional parking lots “overengineered and ridiculous,” Kjellerup and the architects at Bernardon Haber Holloway sought to minimize the impact of the space by converting 30 percent of the lot into pervious pavement, where the ground is laid with paving material that lets water trickle through.

Using a permeable surface not only cuts down on the heat reflected back into the atmosphere but protects the local watershed from waste. Water from the pavement and the roofs ends up in the building’s rainwater collection system. Kjellerup said the water they collect using their new 10,000-gallon tank gets used for the grounds’ irrigation and also filters into the plumbing system for use in toilets, improving their overall water use by as much as 60 percent.

INSIDE EDITION
Keeping the inside environment as healthy as possible and reducing the building’s overall impact played a major role in the furnishing and decorating of the building — as well as its construction. Throughout the structure, low-VOC paint, adhesives, caulks and carpet backing were used to improve the air quality. In the lobby, the floor is constructed of 40 percent post-consumer-recycled epoxy embedded with beads taken from a village in Africa. According to Dansko, the formaldehyde-free material is easy to clean and should last about 80 years.

Elsewhere in the building, floors are made of stained concrete, or are covered with a modular carpet from Georgia-based InterfaceFlor. The VOC-free carpet, which features a randomized pattern that lets any piece be replaced by any other without disrupting the look of the carpet, reduced installation waste by 30 percent, Kjellerup said. In addition, it is made from recycled materials and can be returned to the manufacturer to be recycled into new carpeting.

Given the many elements the building is designed to house — offices, obviously, but also showroom space, meditation rooms, a retail outlet, a video conference setup and a small gym, as well as a planned cafeteria and lunchroom — the furniture needed to be as adaptable as possible. To that end, in addition to incorporating used sofas and decorative elements, Dansko purchased office furniture from Toronto-based Teknion that is constructed of recycled materials and can be taken apart and reassembled to create new configurations.

And no labor-intensive (and costly) breakdowns and setups by professionals are needed to reset the offices. “We can move it ourselves,” Kjellerup said. In the end, the Dansko team also can feel good about the way their building came together: Kjellerup said the company recycled 80 percent of the waste generated during construction.

COMMUNITY ORGANIZING
Sharing the wealth when it comes to green know-how is something Kjellerup and Cabot said is fundamental to Dansko. And when they were working on the new building, they had lots of opportunities. In getting the construction plans approved, they became so involved in their local government that, as Cabot said, “We’re now on parks and recreation and recycling committees.”

And while the company had previously hosted recycling collections for batteries and electrical waste, the new building gave it another opportunity to reach out: The new space hosts a community recycling center outside.

LOOKING AHEAD
Although the new offices are open for business, Cabot and Kjellerup aren’t closing the book on development. Certain projects have needed adjustments: For instance, the HVAC system, which diffuses through the floor (as opposed to ducts), promised to be 20 percent to 25 percent more efficient than conventional methods, but required a lot of experimentation and tinkering to get it right. “We still believe it’s a fantastic system,” Kjellerup said. “It just takes a lot of patience.”

The lighting system has also been tweaked. With a goal of 30 percent savings in electricity usage, the lights adjust according to the ambient light coming through the windows — dimmer near the walls, brighter farther inside. But occupancy sensors installed to turn on lights when the offices were in use were too sensitive, triggered by people walking by the glass walls. (They’ve since been converted to automatic timers.)

And some elements are still waiting to be used, including solar energy. Right now, Kjellerup said, the incentives are not available in Pennsylvania to make them financially advantageous. (“Using your money wisely is sustainable,” he pointed out.) But for now there’s space on the roofs to install them when, and if, they do become more cost effective.

And the new offices were built for future growth. “I knew we would never be allowed to add to the structure [in the future],” Kjellerup said. “So I built as big a building as was allowed. Is it more expensive? A little. But I want to make sure this is the last space we’ll need in my lifetime.” Or as Cabot put it, “Now we’re ready to tackle a little bit more.”