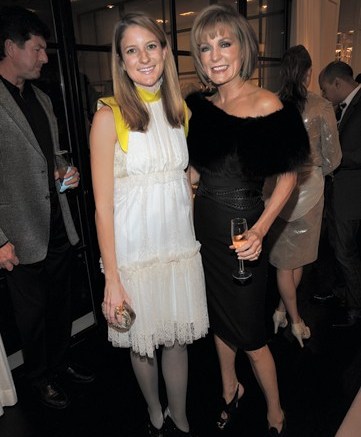 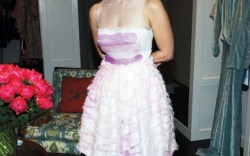 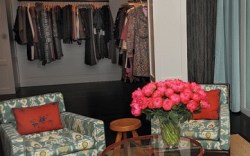 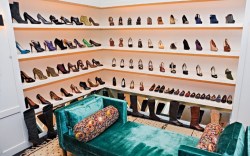 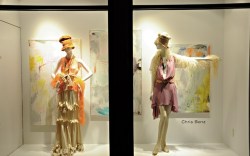 NEW YORK — Even as the weak economy dampens luxury sales, Charlotte, N.C.-based independent retailer Capitol is determined to forge ahead with an aggressive high-end footwear push.

“If you’re looking to focus spending and buy only necessities, there is no smarter purchase than a pair of current shoes,” said Ruth Caldwell, the store’s buyer for luxury footwear, apparel and accessories. “You can wear them every day, and they will update the clothes you already have.”

Footwear comprises 15 percent of the retailer’s overall business — and the category is getting a lot more attention at the 10-year-old boutique, owned by Charlotte native Laura Vinroot Poole.

Capitol recently added a dedicated shoe salon and seating area as part of its move into a 6,000-sq.-ft. bi-level location from its previous 1,000-sq.-ft. space. Among the key labels it stocks are Balenciaga, Stella McCartney, Chloé, Proenza Schouler and Rupert Sanderson. Retail prices range from $390 for a Givenchy strappy platform slingback to $1,990 for a Devi Kroell python boot.

“Though we might carry the same brands, we buy in a totally different way from our competition,” said Caldwell, citing Neiman Marcus and Intermix as the retailer’s closest competitors. “And we’re not trying to be New York or Paris or London, but we’re very true to ourselves, and that makes us interesting.”

This year, Caldwell added several new footwear names to the roster, including Alexander McQueen and Golden Goose motorcycle boots. Now she is seeking to bring in more styles from Nicholas Kirkwood, Proenza Schouler and Devi Kroell.

“The shoe has really replaced the “it” bag as the statement piece, and we have a lot of customers who come in just for shoes,” said Caldwell. “In a funny way, the market and trends are in a place right now where the ready-to-wear is almost an add-on to the shoes.”

Caldwell recalled a recent trip to Paris where quick decision making paid off. “I was supposed to be seeing Nicholas Kirkwood, but accidentally walked into a [different] room and there were the Omelle designers. I saw the shoes, wanted them, and that was it. There is no planning team to present to, no hoops to jump through.”

Occasionally, though, competing against department stores for a designer’s time can be a challenge, said Caldwell.

“We are to a point now that, even if a new line may not be familiar with Capitol, we are able to get our foot in the door based on the list of designers we already carry. However, I suspect we do end up getting to pick our appointment times after the department stores in some cases.”

The freedom to gamble on new talent also tests her eye as a buyer, said Caldwell. “Sometimes I get it right, and sometimes I’m not so right,” she laughed. “That’s probably the biggest challenge — keeping up with the sophistication of our customer. Our core customer is a woman of all ages who is a fashion leader in her peer group. She’s not a slave to fashion, but she has a strong individual sense of style.”

Staying close to that consumer — and knowing their names, families, vacation patterns and wardrobes — is essential to keeping the store assortment fresh, said Caldwell.

“When Laura and I go to shows or appointments, we think ‘Suzy Q would love this.’ We’re never that far away from our customer in Charlotte. The culture here is not about a short-term sale, it’s about a longterm relationship,” she said.

To that end, the boutique’s sales associates offer a variety of complimentary services to new and established clients, including house calls for seasonal closet cleaning.

“We’ll go to their closet, weed out anything that needs to go to consignment or Goodwill and note what needs to be kept,”’ said Caldwell. “Then we’ll complement past season purchases with new items to update their wardrobe.”

The retailer also hosts several events each year — including dinner parties for designers and charity shopping events — all of which are popular among customers. For example, during a recent charity auction, two clients won tickets to attend Paris Fashion Week with the Capitol team.

Designers are taking notice of the retailer’s customer service focus and edited mix.

“Capitol picked up Rupert in the early days and has built up a real following for his collection,” said Andrew Stewart of Rupert Sanderson, who has worked with the boutique for eight seasons. “Laura and Ruth have a really fresh approach to buying the collection and they are constantly looking for the unique pieces to offer their clients.”

“[The store] feels more like the home of a very dear friend who has collected just the right amount of beautiful, special pieces for you to try on,” added Griet Vandekerckhove, who handles the Capitol account for Dries Van Noten. “With cozy seating areas all around, incredible attention to detail, you just feel like lounging on one of the sofas and never leaving again. It’s a wonderful surprise in this sea of sameness.”

As the new year approaches, Caldwell said the store is plowing ahead despite the rocky economic climate. “We are on plan to finish this year about 10 percent ahead of last year,” said Caldwell, even though holiday sales are expected to be flat compared with last year.

To further expand its presence, the retailer plans to launch a basic, informational Website, and advertising will continue to roll out in both local and national publications, from the Charlotte Observer to Vogue.

Though the first two quarters of 2009 are expected to be particularly difficult for retailers, Caldwell isn’t planning to dramatically alter her buying strategies.

“We’ve been fortunate. We’re in an area that hasn’t been hit as hard as other parts of the country,” she said. “The scariest thing — but also the point of hope — is the uncertainty.

There is no certainty about what will happen going forward, so we just do the best we can.”

Case in point: Last Thursday, Bank of America — one of Charlotte’s largest employers — said it plans to eliminate more than 30,000 jobs over the next three years. (Until recently, Charlotte was a key player in the financial industry, and with the turmoil in the banking industry, that could change.)

But for the long term, Capitol maintains one primary goal: to be a top footwear retailer. “So many people talk about stores like Nordstrom or Jeffrey that are destination places for shoes, and that’s something we’d like to be recognized for,” Caldwell said.