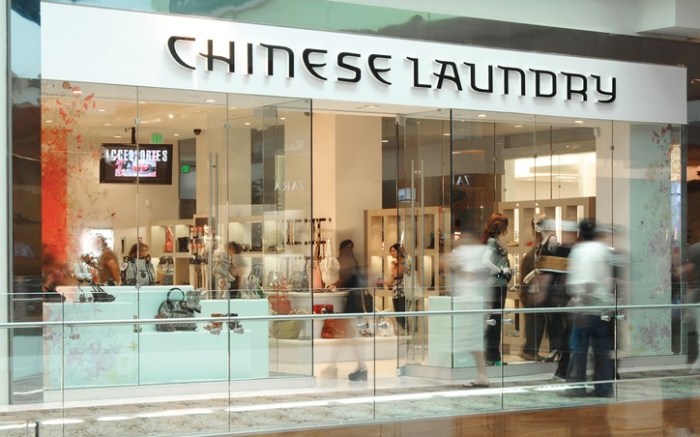 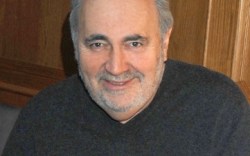 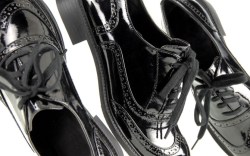 Since launching his company in 1971, Bob Goldman has experienced the many ups and downs of the shoe business. But the recent economic mess is the worst he’s ever faced.

“It’s very, very difficult. The economy is going to be tough for the first three quarters of 2009,” said Goldman of Chinese Laundry. “Right now, consumers have a wait-and-watch mentality, and we need to give them value to encourage them to buy.”

Goldman is aiming to hit financial gold with affordable prices and more product from his stable of brands: Chinese Laundry, CL by Laundry, Vintage Laundry, Little Laundry, On Your Feet and newer additions CL Wash, which debuted in July 2007, and Dirty Laundry, which hit in May.

The majority of the company’s styles, which include fashion boots, dress shoes, sport-inspired looks and casuals such as flats, wedges and sandals, range from $40 to $180, while CL Wash and Dirty Laundry feature items starting at $30 and $20, respectively. Several lines also offer vegan product, which joined the assortments last year and will expand each season with more styles.

“Our lower price points are gathering the most volume increases right now,” said Goldman of the company’s top performers. “Dirty Laundry and the CL business are big areas that we’re concentrating on, and we’re seeing phenomenal growth.”

Shoemall.com, which has sold Chinese Laundry for four years, has seen demand for the company’s products rise even as consumer confidence has plunged.

“They continue to perform as one of our top brands,” said Shoemall spokesperson Andrea Finn. “We carry Chinese Laundry and CL Wash because the styles are freshly fashioned at a great price point and are continuously on trend. Plain and simple: They sell.”

“Chinese Laundry has a lot of very saleable styles and they’re pretty on target with fashion trends at a great price point,” said Weiner. “They also have great customer service and know how to respond to their [retail] partners.”

But not all the lines are faring as well. Little Laundry is struggling this year, said Goldman. “The kids’ market is the most difficult business because of the price value scenario. It’s almost a luxury item.”

As the parent company has expanded into a range of lifestyle accessories including belts, denim, sunglasses and handbags — which saw double-digit gains this year — Goldman said the Chinese Laundry customer has evolved to include women ages 18 to 30, but it’s the core juniors’ customer who offers the most opportunity right now.

“We have a much bigger share of the consumer [market] than we did when we started, but the juniors’ consumer is the part of the market that will continue to grow,” he said. “Everyone is after the younger consumer. The money they’re earning is theirs to spend.”

To further his message with consumers, Goldman is ramping up Chinese Laundry’s marketing budget by 30 percent for next year.

“It’s a lot easier in a down time to buy the right kind of marketing and go after the consumer properly,” said Goldman, adding that a troubled market leaves room for the brand to capture consumers who are trading down. “Look at brands such as Taryn Rose or Tory Burch. They are taking [customers] away from higher-end lines.”

He added, “If we can give someone the quality of a $250 shoe for $50, we’re going to win her over. We need to grab that customer while luxury is hurting.”

For next year, expansion plans are in the works on both the retail and wholesale level. Goldman said the company will continue to hit the trade show circuit, including WSA, FFANY and the Atlanta Shoe Market, to connect with retailers, specifically independents.

“Shows are a necessity. We won’t cut back,” Goldman insisted. “Maybe we will [cut back] in terms of expenditures while at the shows, but this is the way to service the small retailer.”

On the retail front, Chinese Laundry stores will continue to roll out, an initiative Goldman announced two years ago.

The brand opened a store in the Westfield Topanga Shopping Centre in Canoga Park, Calif., this year, and other target areas include Los Angeles, Chicago and New York. And Goldman wants to bow more locations outside the States, taking Chinese Laundry to China, the United Arab Emirates and Chile. All doors will offer footwear and lifestyle accessories, which could eventually include additional licensed categories.

“If the customer can relate to the concept, we’ll consider going into other categories,” Goldman said. “Our main goal is brand recognition and consumer recognition. We have about an 89 percent recognition level, and I would like to see that get to 98 percent.”